With cloud-based storage services suddenly in vogue, it's no surprise that Microsoft and Google launched their cloud storage services – SkyDrive and Google Drive, respectively – only a day apart from one another. Clearly neither company wants the other to gain valuable momentum. So why then is Microsoft not using its secret weapon, Windows Live Mesh, to put SkyDrive head-and-shoulders above the competition?

It also shouldn't come as any surprise that Microsoft still hasn't decided exactly what it wants to do in the cloud storage industry, given that the company's cloud storage history is tumultuous at best. For those who may be unaware, Microsoft's first legitimate foray into the realm of cloud storage was FolderShare, which it purchased in 2005 and later rebranded Windows Live Sync in 2008. At the same time, the company was preparing the Windows Live Mesh technology preview. It took Microsoft another two years before it combined the two services. 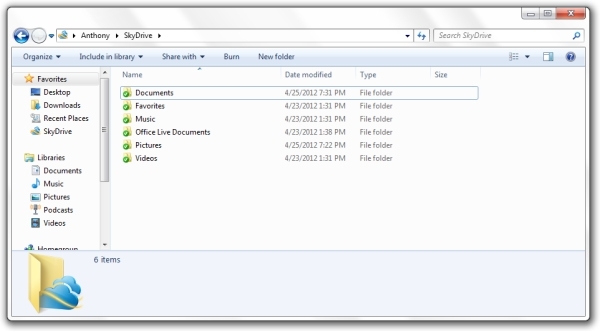 So here we are again, facing the same scenario as four years ago: Microsoft has two competing cloud-based storage services, except this time the two services are actually fairly different. SkyDrive serves as the more typical of the two – when SkyDrive is installed, a specially-branded folder is placed in a user's account; the user can then save or move files to the folder to sync them with SkyDrive's servers. This is the same style of service offered by Microsoft's competitors: Google Drive, Dropbox and most other cloud storage services have a similar management system.

Windows Live Mesh takes a different approach to cloud storage. With Mesh, users can select specific folders to sync with Microsoft's SkyDrive servers. Users don't have to place files or folders in a specific place; instead, the program will recognize where folders are located and sync them across platforms, regardless of their location. The service also has a handy "devices" page on Windows Live where users can manage the devices (including computers and phones) and folders they have synced, should they run into any problems. While a few other services offer similar capabilities – most notably SugarSync – the majority don't, SkyDrive included. 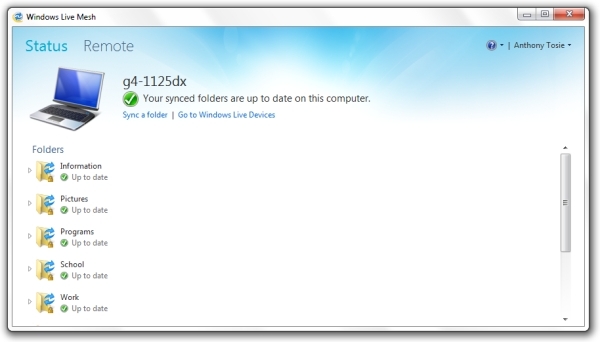 Currently, I have both SkyDrive and Windows Live Mesh installed. "Well, that's just stupid!" you might argue. I'd argue it's out of a desire to keep my files backed up without worry. While SkyDrive's great if I want to collaborate with others on specific projects, it's much easier to simply have Mesh sync my important folders. When my last laptop decided life wasn't worth living anymore, all my important documents were already synced to my other computer, which made my life much easier. I didn't have to worry about whether or not I had moved my files to the specific syncing folder – it all just worked.

That's not to say SkyDrive doesn't have its uses. The service is fantastic for working in groups with others. Sharing photographs between devices is also great. And with its relaunch earlier this week, SkyDrive began offering tiered storage levels for purchase, a service option which isn't available in Windows Live Mesh. What would make these tiered levels more enticing, however, would be the option to use them with Windows Live Mesh's features. More content could be synced in the background, and users wouldn't have to micromanage their files to a specific folder.

From a consumer perspective, I think Windows Live Mesh is currently the more compelling option. If consumers were given the ability to purchase tiered storage levels as they are on SkyDrive, it could prove to be a hit. Businesses likely don't require the same features, however, and sharing a SkyDrive folder may be more than enough for them. But SkyDrive doesn't appear to be marketed at businesses at the moment; in fact, Microsoft's recent discussions of the service have seemed to target consumers. When the company's displayed the deep integration the service will have in Windows 8, for instance, it's primarily showed this through a consumer's viewpoint. If the service is going to cater to consumers, or cater to both consumers and businesses, then it'd make sense to include the intelligent folder syncing capabilities of Mesh.

So, why is Microsoft not combining the two services? I mean, it's no secret that the Windows Live software suite isn't going to be around much longer. And Mesh already uses the SkyDrive servers for its intelligent folder syncing. It's simply perplexing that Microsoft didn't relaunch SkyDrive with Windows Live Mesh's capabilities in tow. It's time to merge SkyDrive and Windows Live Mesh, Microsoft. If you want to be the best cloud-based storage service, you need to have all your best features under one brand.