The story of ex-National Security Agency worker Edward Snowden could be heading to the big screen in a movie that's being produced by the same people responsible for the long running James Bond movie franchise. 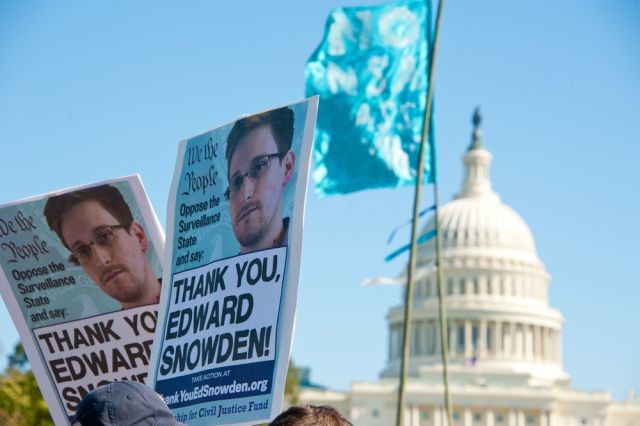 According to The Hollywood Reporter, the film rights to the newly published book "No Place to Hide: Edward Snowden, the NSA, and the U.S. Surveillance State" have been acquired by Sony Pictures Entertainment. The book, from journalist Glenn Greenwald, offers more details about how Snowden leaked information about the NSA's online spying activities, which first came to light in 2013.

The film version will be produced by Michael G. Wilson and Barbara Broccoli of EON Productions, which has been in charge of making all 23 of the "official" films in the long running James Bond series. In a statement, Wilson and Broccoli said:

Glenn Greenwald's "No Place to Hide" is a terrifying personal account of one of the most relevant political events of our time. We are thrilled to be working with Glenn to bring this important story to the screen.

There's no word yet on who will be writing and directing the film version of the book. EON Productions' next film is the currently untitled 24th 007 flick, which is due to start shooting this fall for release in late 2015.