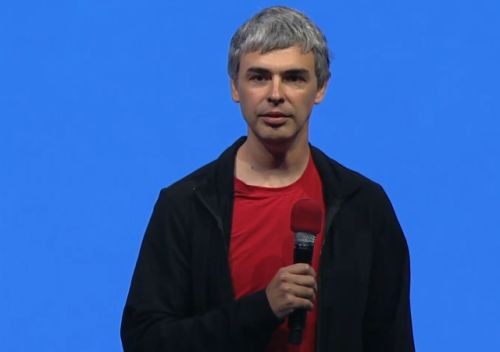 Earlier this week, Microsoft announced it was adding Google Talk support to its Outlook.com email service. That addition did not sit well with Google's CEO Larry Page. During a Q&A session with people who attended the Google I/O keynote today, Page expressed his feelings on Microsoft's move in the context of promoting open standards for software.

When asked by a keynote attendee from Mozilla about the future of web technology, Page said Google has invested a lot of time supporting open standards and said he was "personally quite sad" about how the industry has dealt with those standards. He then brought up the fact that Microsoft added Google Talk support for Outlook.com, stating that Microsoft was "... inter-operating with us but not doing the reverse, which is really sad. That not the way to make progress. You need to actually have inter-operation, not just people milking off one company for their own benefit." He also described Microsoft's activities as "milking off" of Google's innovations.

Page did not state just how Microsoft should reciprocate. It's possible that Page is referring to Microsoft's Skype service. Page added that Google has "struggled" with Microsoft in terms of working with web standards but that Google had had better relationships with Mozilla in this area. We have emailed Microsoft to see if they have any comment on Page's statements.

Update: We have now received a response from Microsoft to Page's statements, specifically from Microsoft's Corporate Communications head Frank Shaw:

It’s ironic that Larry is lending his voice to the discussion of interoperability considering his company’s decision – today – to file a cease and desist order to remove the YouTube app from Windows Phone, let alone the recent decision to make it more difficult for our customers to connect their Gmail accounts to their Windows experience.”