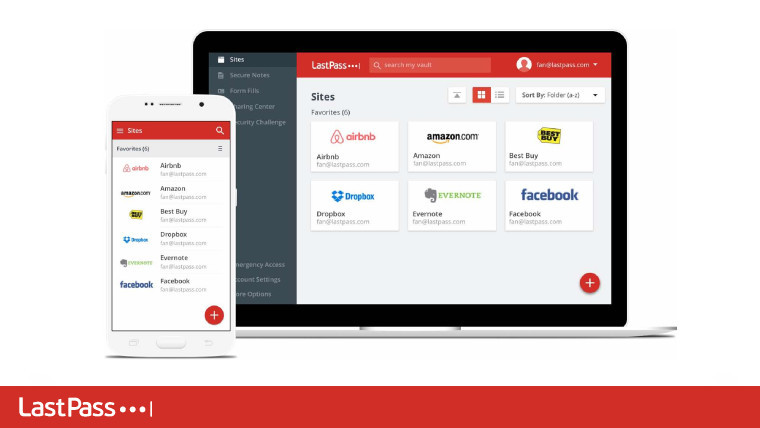 LastPass has announced (via 9to5Google) that its free users will soon be unable to sync their saved passwords across different types of devices, drawing a distinction between mobile and desktop users. However, users will be able to access their passwords on unlimited devices of the same type.

When the change goes into effect on March 16, LastPass Free users will be asked to choose an active device type, and it will begin syncing passwords across devices of the same type. If you have a phone, tablet, and smartwatch, passwords will be able to sync across all of those devices. On the other hand, if you choose a PC as your active device type, you'll be able to sync passwords across as many PCs as you want. However, you won't be able to mix the two.

If you want to be able to sync passwords across all types of devices, you'll now need to pay for LastPass Premium, which usually costs $3 per month, billed annually for a total of $36 per year. For a limited time, though, you'll be able to get it for $2.30 per month.

The announcement comes at an interesting time considering Microsoft just recently turned its Authenticator app into a password manager on mobile devices for free. If you use its Edge browser (or Chrome with an extension), you can sync your passwords between devices and even use them in other apps by setting Microsoft Authenticator as your autofill provider.

LastPass also announced that it will no longer be offering email support for LastPass Free users, and it will be exclusive for Premium and Families plans. This change will come later, though, on May 17th.