With Windows 8.1 Update 1 reportedly set for release on March 11, information about what we can expect to see in the revised OS is already emerging. On Wednesday, screenshots leaked showing Modern apps (or 'Store apps') pinned to the taskbar on the Desktop, and on Thursday, further screenshots gave an additional look at this feature.

Another day, another leak - this time from WZor.net, the site that first published Wednesday's screenshots. The latest images show the familiar Windows Start screen, but with a couple of interesting changes. 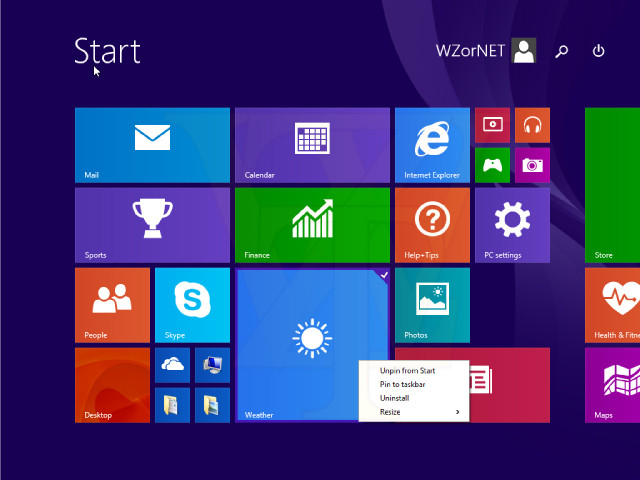 In the current release of Windows 8.1, right-clicking on a Start screen tile with your mouse will bring up a menu bar at the bottom of the screen. But in the build shown in these images, taking that action now brings up a mouse-friendly menu that hovers directly over the tile that you've just right-clicked on. 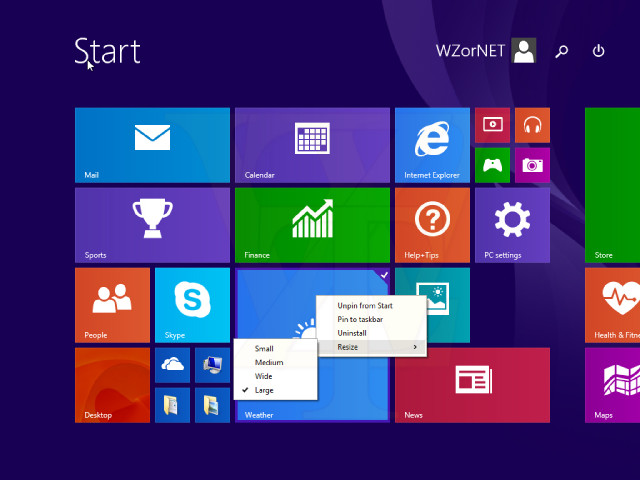 The changes mean that mouse users will no longer have to sweep the cursor down to the bottom of the display to perform an action each time they right-click on a tile - for example, to resize it or unpin it from the Start screen. 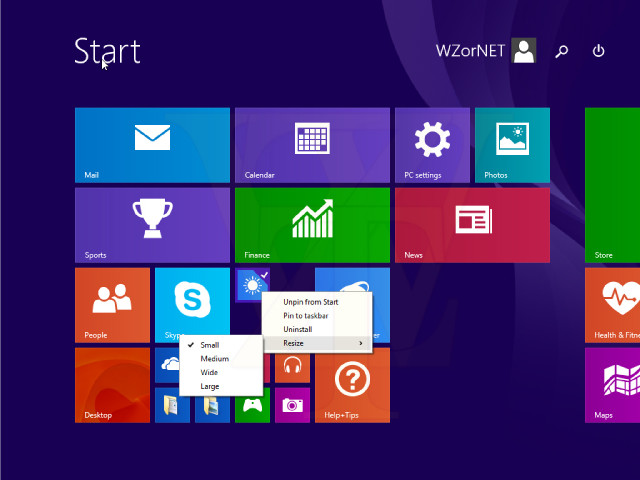 We would assume that performing this action via touch - i.e. pushing and holding a tile - will still bring up the menu bar at the bottom of the screen, since the mouse-friendly menus shown in these images are far too small to be conveniently pressed by fat fingers.

One other major detail to note from these images can be seen at the upper right of the Start screen, which now includes a Search button and, at long last, a Power button. Windows 8.x users have long been vexed by the decision to 'hide' the Power options - including the facility to shut down or hibernate the system - under the Settings Charm located on the right-edge of the display. Many will no doubt be delighted to see this moved to a more accessible location.

Expect plenty more leaks related to Windows 8.1 Update 1 in the days and weeks ahead - and we'll be sure to cover them all here on Neowin.