The T-series is Lenovo's best-selling ThinkPad, with its promise of being the workhorse of the range. This year's model doesn't have the hot swappable battery feature that it's had in previous generations, but there are some meaningful improvements.

For the first time, it's offered with a 1440p Dolby Vision HDR screen, and it also has narrower bezels. As you'd expect, there's a CPU upgrade, now including Intel's Whiskey lake family, and there's also a new dedicated GPU option with the Nvidia GeForce MX250.

Also, for what it offers, it's not too pricey. Read on for our review.

The above specs are for the unit that Lenovo sent me. It actually starts at $796.51, which gets you 8GB, 128GB of onboard storage, a Core i5, and Windows 10 Home. Naturally, you can also customize it with some upgrades like cellular connectivity.

As Henry Ford once said and I frequently quote in ThinkPad reviews, it comes in any color you want as long as it's black. The body is made out of 50% glass fiber and variants of plastic that have names that I will never say in real life. 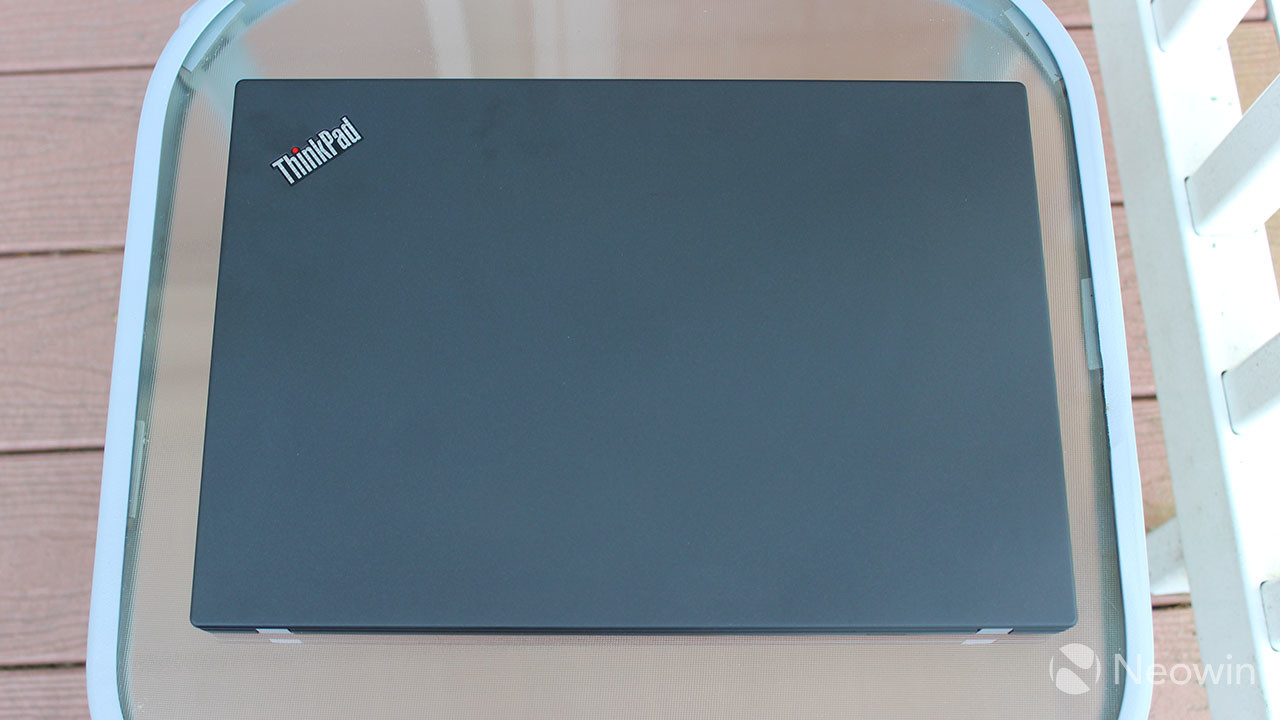 This gives it a solid build though, and like all ThinkPads, the T490 is subjected to 12 MIL-STD-810G tests. That means it can handle extreme temperatures, high altitudes, shocks, humidity, sand, and more. It's a bit on the thick side at 17.9mm, but it weighs in at only 3.23 pounds.

It has a 50Wh battery inside, which is disappointing. Last year's ThinkPad T480 had a built-in 24Wh battery, and a removable battery that was offered in 24Wh, 48Wh, and 72Wh sizes. That meant you could hot-swap the batteries, allowing customers to use the PC in the field more easily. 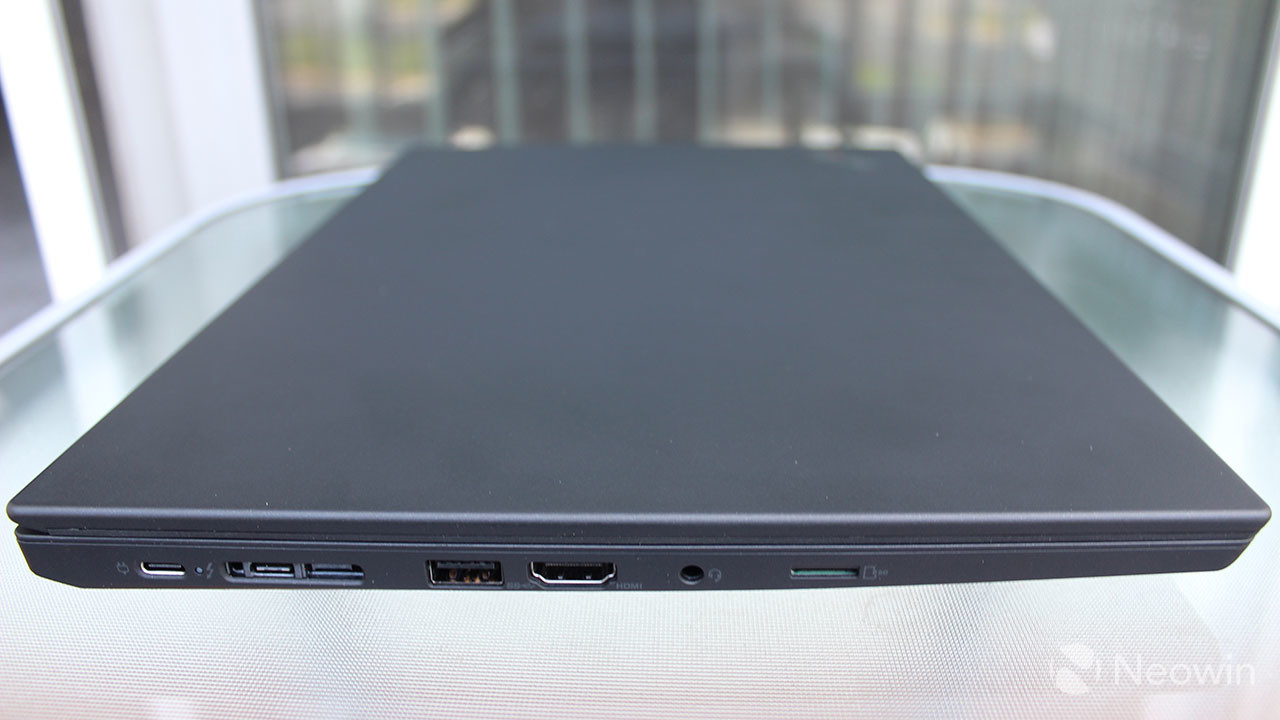 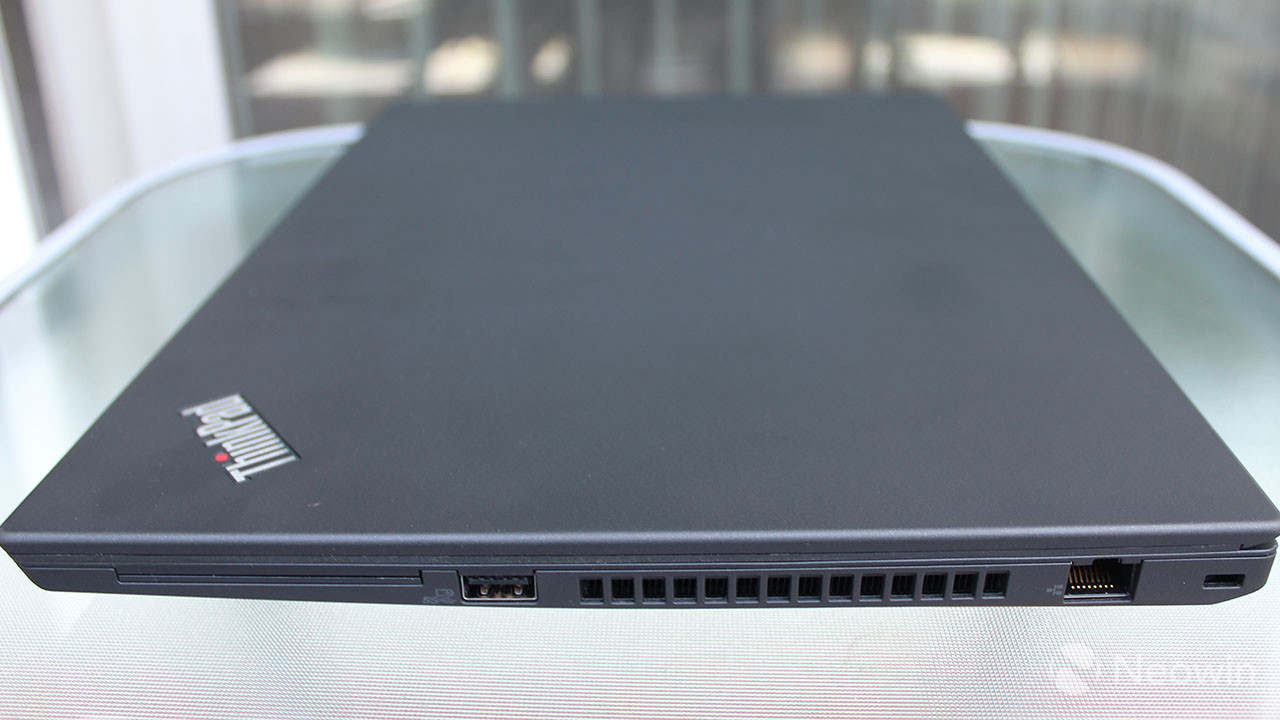 On the right side, there's another USB 3.1 Gen 1 Type-A port and an Ethernet port. That's also where the Smart Card reader would go if you opted for it. In fact, there's also a micro-SIM slot on the back, which is useless if you don't get the cellular variant. 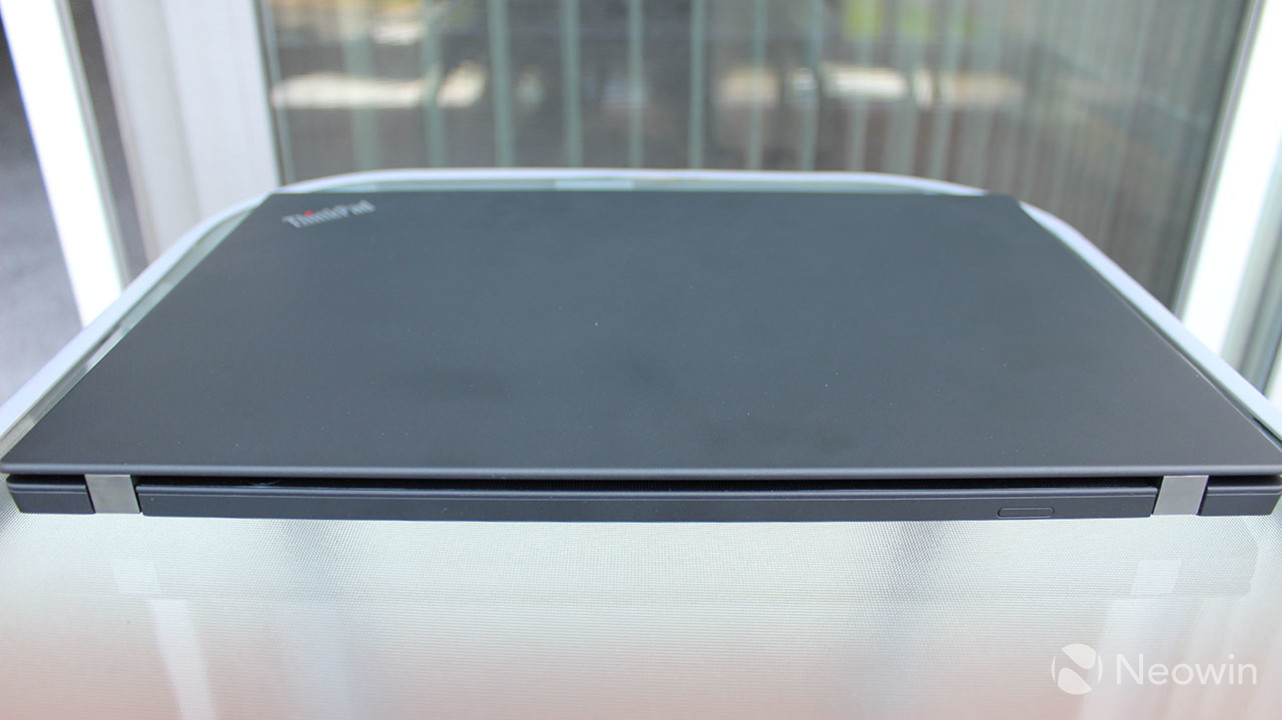 The only difference in port selection from last year is that the full-size SD card reader got replaced with microSD. The placement of the ports has changed though. 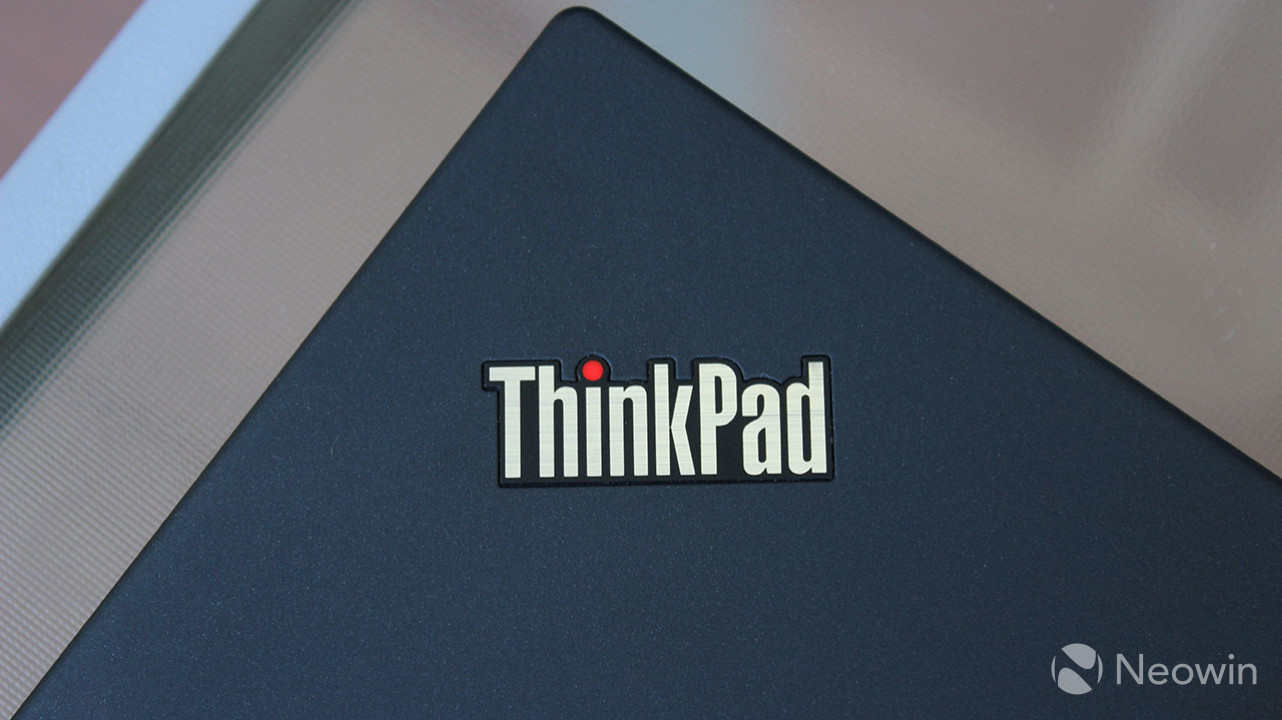 On the outside of the body, it has the same silver ThinkPad logo that we're used to seeing in non-X1 ThinkPads, with the red LED light above the 'i'. The Lenovo stamp is gone this time around though.

The Lenovo ThinkPad T490 has a 14-inch 1440p Dolby Vision display, and this is the first time it's had such an option. Sadly, it does not support touch; if you want that, you'll have to go the 1080p route. The same applies if you want Lenovo's PrivacyGuard display. 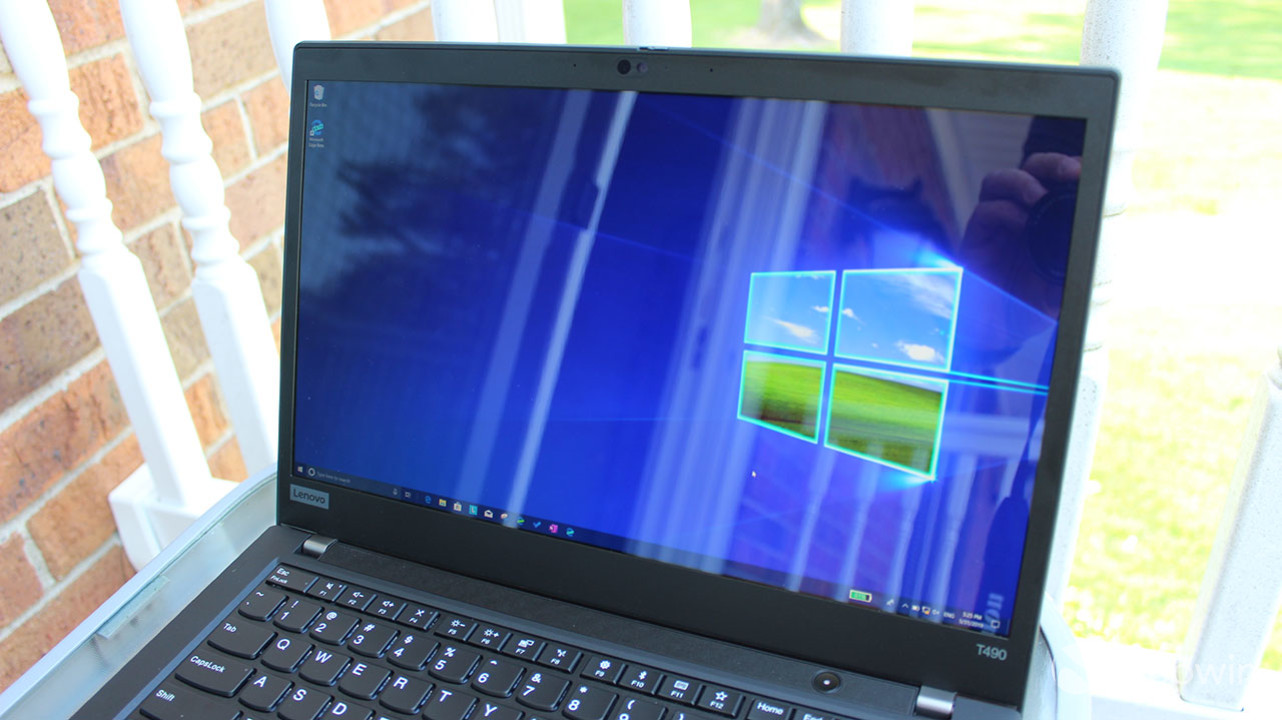 First, the good. For one thing, the display is bright, at 500 nits. Out of the six display options that Lenovo offers for the T490, this is the brightest. The FHD options are between 220 and 400 nits.

Another thing is that the colors are vibrant, and that's the great thing about Dolby Vision screens. They're beautiful. Dolby Vision is an HDR standard, dynamically adjusting to the color profiles in videos. And if you're watching something that supports it, this thing is great.

And now for the bad. The colors aren't quite accurate, and it's noticeable. I first noticed it on icons in the Start Menu, that they're not the same shades of their colors as they are on my other PCs. If you're using this for something that needs perfect colors, it's not for you. 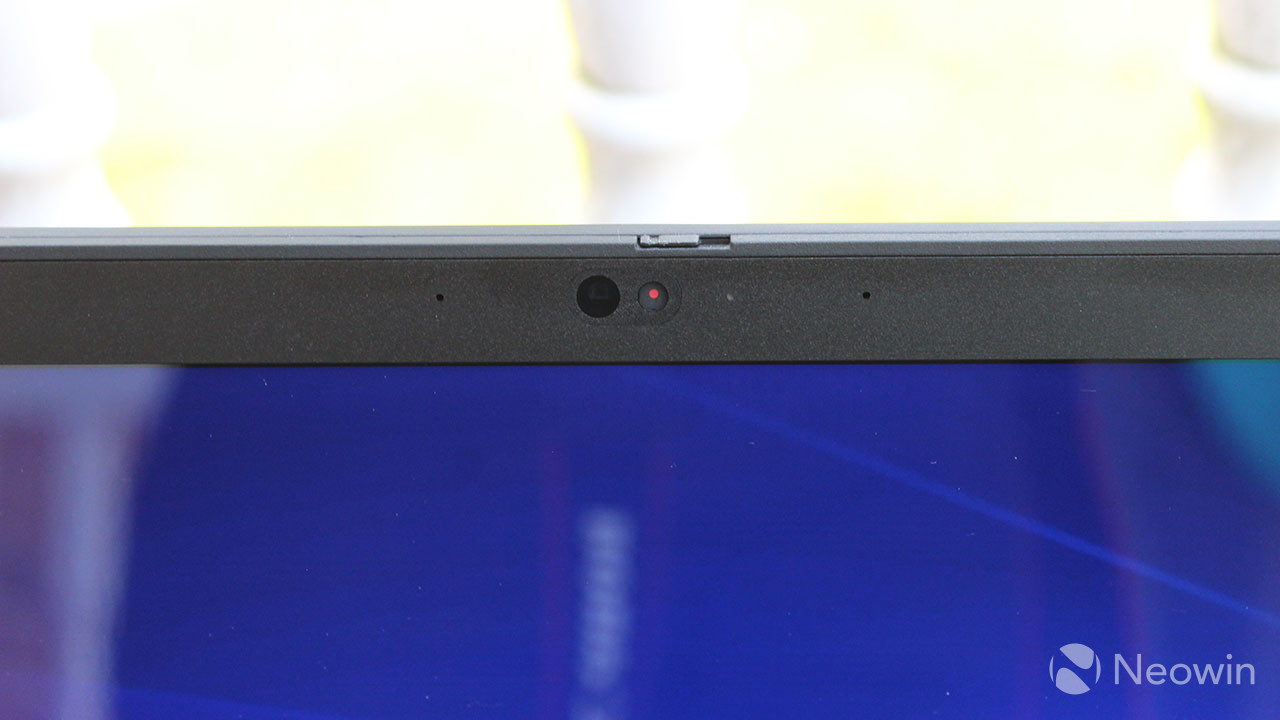 Also, the bezels are 22% narrower than its predecessor, the ThinkPad T480. Indeed, the side bezels are pretty slim, but the top and bottom bezels are not. The top bezel holds the webcam and an IR camera, along with the ThinkShutter privacy guard though, so presumably, Lenovo needed the extra room.

All-in-all, most people will be satisfied with the display. I just noticed that it's not quite up to par with other Dolby Vision ThinkPads that I've used.

I don't think it's going to come as a surprise to anyone when I say this, but the keyboard on the ThinkPad T490 is a real winner. This is true of most ThinkPads though. It's incredibly comfortable to type on, and it's accurate. ThinkPad keyboards have been called the Cadillac of keyboards (possibly only by me, but who's to say), and the T490 does not disappoint. 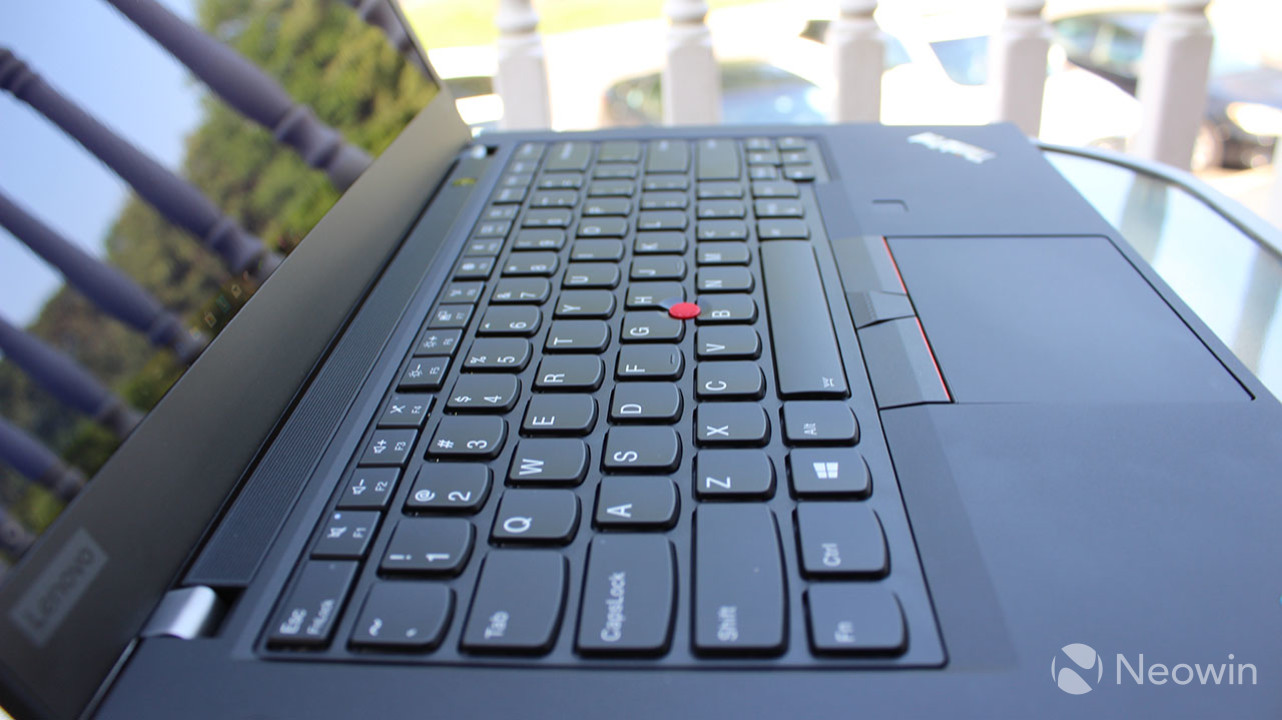 The keys are also quiet to type on, which is great when making too much noise will be a problem. I can be a loud typist, so this is something that I always appreciate about ThinkPads. The keys are also a bit deeper than they are on ThinkPad convertibles. It's the standard clamshell design.

You'll notice that the Fn key is to the left of the Ctrl key, which is also common for ThinkPads, and I'm not sure why Lenovo hasn't changed it. I suspect that it's because ThinkPads have such a following that Lenovo doesn't want to change anything about their signature design. I think that's why the firm created the new ThinkBook brand. But I digress; the good news is that you can swap the Fn and Ctrl keys in the Lenovo Vantage app, and that's always one of the first things that I do. 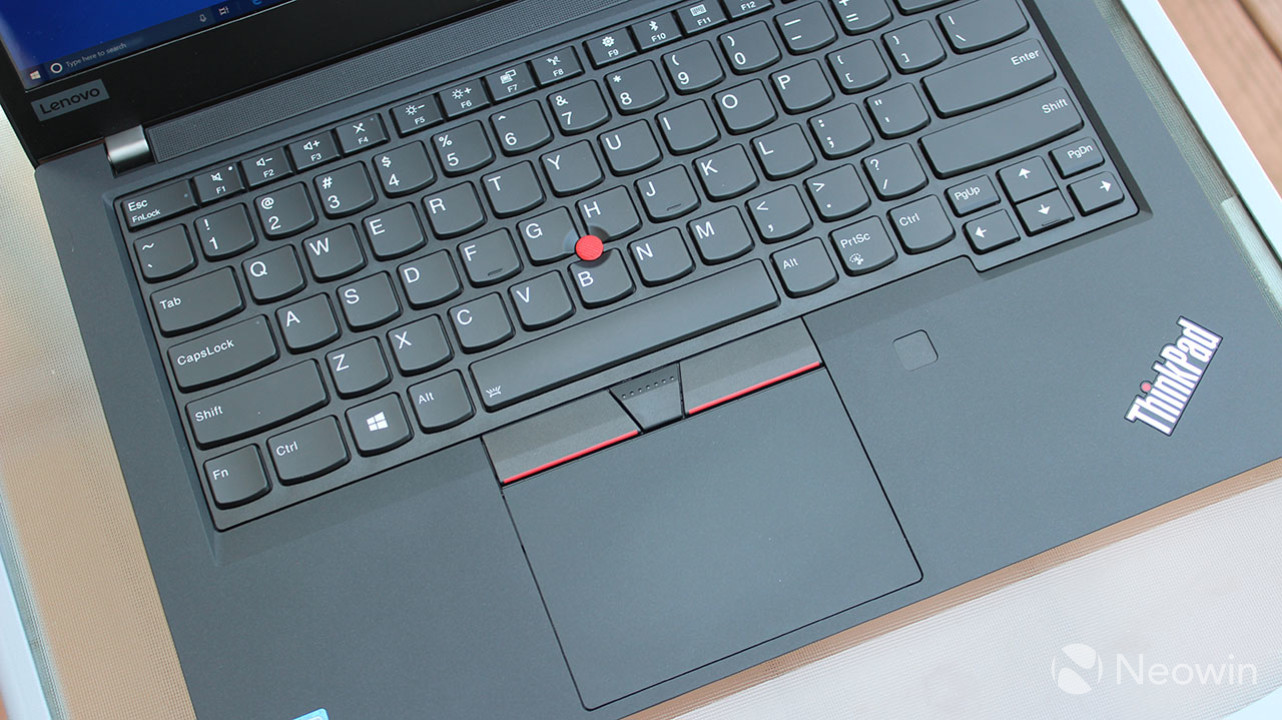 Speaking of traditional ThinkPad features, the T490 still has the TrackPoint in-between the G, H, and B keys. Obviously, this can be used to manipulate the pointer on the screen, and the trackpad has three physical buttons above it that you can use with the TrackPoint. The middle one is used for scrolling, which is nice.

While I've tried to enjoy the TrackPoint, it's not my thing. You don't have to use it if you don't want to. There's a clickable trackpad as well, which uses Microsoft Precision drivers, so it's pretty good. I've grown to really appreciate using the trackpad to move the pointer along with the physical buttons though. 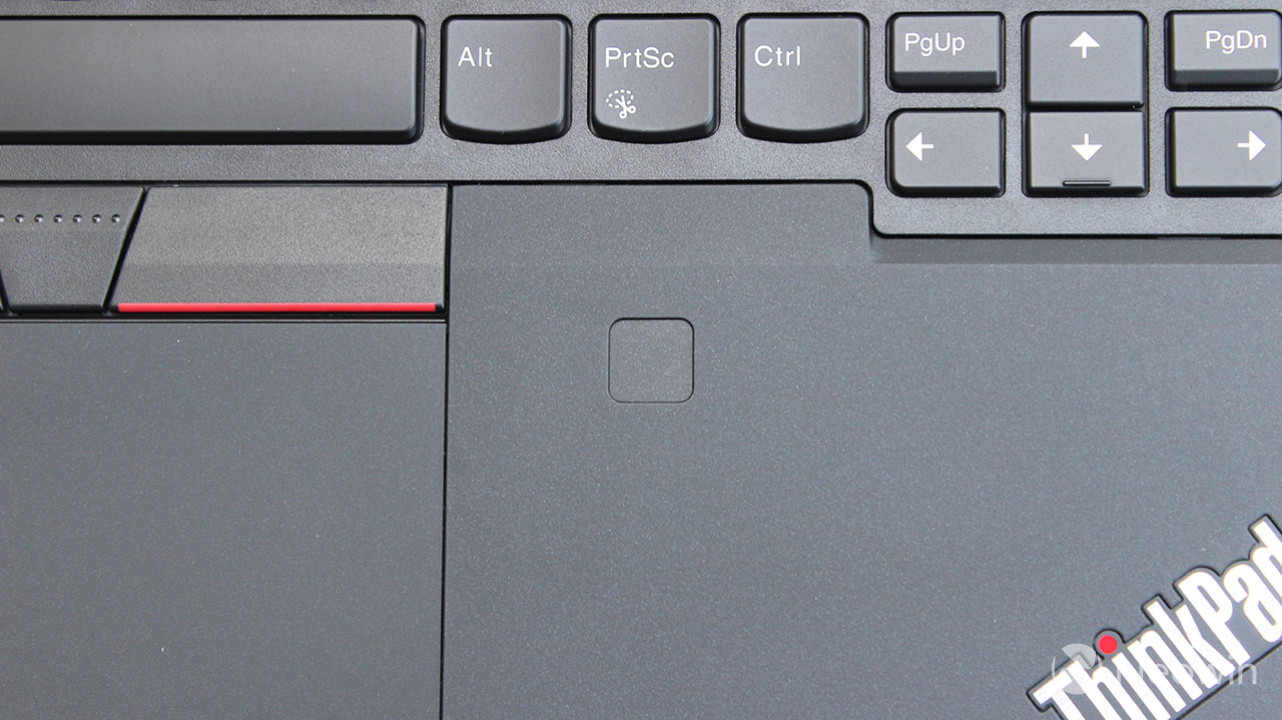 Below the keyboard on the right is a fingerprint sensor, which is optional. Lenovo has been using fingerprint sensors in PCs longer than pretty much anyone else, but they're still not that great. Luckily, there's still an IR camera for Windows Hello facial recognition, which I think is more natural anyway. 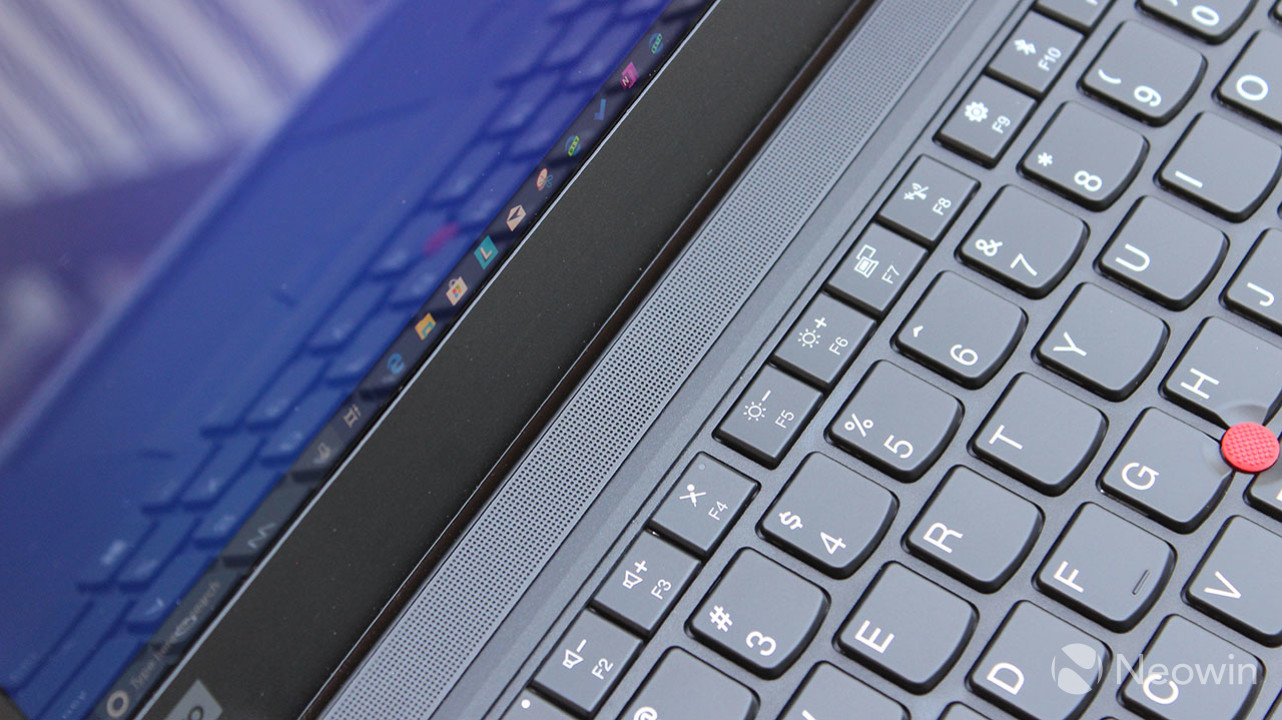 The keyboard also has a soundbar above it, which is new for this model. That means that it has solid audio quality. In past years, I've criticized Lenovo for the audio quality in ThinkPads, and it's really nice to see the company focusing on this across the board. After all, with a beautiful Dolby Vision display, you want to match it with great audio quality for the media consumption experience.

The ThinkPad T490 is the only PC that I brought with me to Microsoft's Build 2019 developer conference a few weeks ago. It was a big gamble for me, because I'm usually the type of guy that has a laptop, a backup laptop, a third laptop waiting in the hotel room with a dGPU for video editing, and possibly something else. But the T-series is the workhorse, the most popular model of my favorite line of PCs; surely I could count on it.

I can say that it did not let me down throughout the trip. I never ran into software issues, and I never ran out of battery (Microsoft does have many power outlets in the press room though). Software issues are something that I'm afraid of however, because sometimes when a machine gets into an unusable state, there's just no time to get it back, hence the backup machine.

And it handled every task I threw at it. I did some light video editing at times, some Photoshop, and of course, everything else that I do. That means that at any given time, I had between a half-dozen and a dozen tabs open in the browser, and I had a bunch of other apps open like Slack, Skype, OneNote, and Microsoft To-Do.

The T490 that Lenovo sent me includes a Core i7-8565U CPU, 16GB RAM, and a 1TB SSD. It's a really solid configuration. If that doesn't sound like enough, you can also get it with an Nvidia GeForce MX250 GPU. Naturally, it's not the most powerful GPU out there, but it's better than integrated graphics.

Battery life was pretty great too throughout the time that I used it. You'll have no problem getting through a full workday (at least eight hours) with the ThinkPad T490. It is a bit sad that there's no hot-swappable battery though. That was a great feature for people that are nowhere near a power outlet for long periods of time.

For benchmarks, I used PCMark 8 and PCMark 10. PCMark 8 has three tests: Home, Creative, and Work. First up is the Home test, which checks common things like video chat, casual gaming, web browsing, and more.

The scores are about where you'd expect for a Core i7-8565U PC with integrated graphics and 16GB RAM, if not even a little higher. Next up is the Creative test, which checks more GPU-intensive tasks like video editing and mainstream gaming.

Once again, it's on par with what you'd expect. If you want something better than that, you'll need something with dedicated graphics. Finally, the Work test checks productivity-related tasks like writing and spreadsheets.

The Work test is where this machine really shines, because it's engineered for productivity. Again, it's pretty common for a PC with a Core i7 U-series and integrated graphics.

The cool thing about the ThinkPad T490 is that it costs under $1,600 and it's so great all-around. This really isn't an expensive machine for all of the things that it includes. It has the Core i7, the 16GB RAM, a 1TB SSD, and a 1440p Dolby Vision display. It's the exact same configuration that I'd recommend, and a lot of times that ends up coming out to over $2,000. 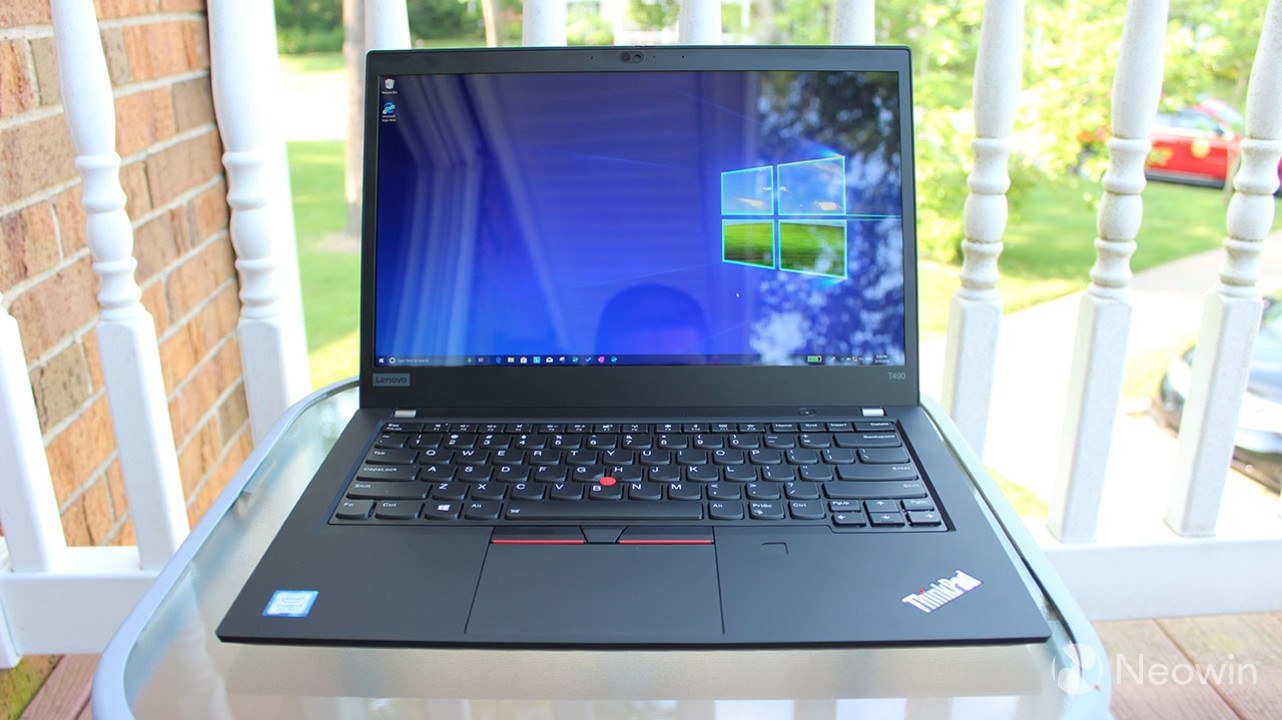 My biggest issue with it is that the colors in the display aren't perfect. If this is something that's really important to you, you're going to have to make some adjustments.

But other than that, the ThinkPad T490 is a workhorse that never let me down, just like Lenovo says it is. The T-series is the most popular ThinkPad line for a reason, and this is a great PC. I'd recommend buying a configuration with the same internals that Lenovo sent me. You might want to check out the PrivacyGuard FHD option for the display though, which is coming soon.