With Apple's iPad launch just around the corner, more details have begun to show up online. PadGadget was browsing the iTunes database and found some interesting approved apps. We know that the iPad will be getting visually superior apps than its younger and smaller counterpart, the iPhone. However, up until now, no details of working titles have been mentioned.

In their perusal of the App Store database, there were a bunch of titles found to be using "HD" or "XL" in their program names. These titles are believed to be iPad specific, and will not work on the iPhone or iPod Touch (this isn't to say that the same title won't be made in a scaled down version as well). Apple has since removed the HD titles, causing Neowin to believe in their legitimacy. After all, Apple doesn't like to have things leak before they announce them.

Below is a screenshot, as well as some of the titles found: 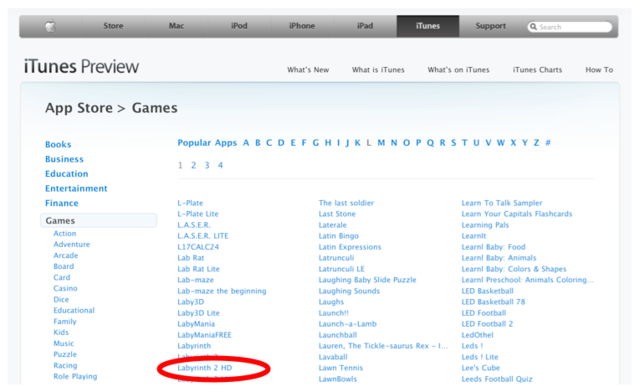