Windows XP won't be getting any more patches or security updates beyond April 8th, but many of the company's Windows Embedded SKUs that are based on the over 12 year old OS will continue to be supported after that date. That should be good news for businesses and enterprise customers who may still be using devices with those operating systems. 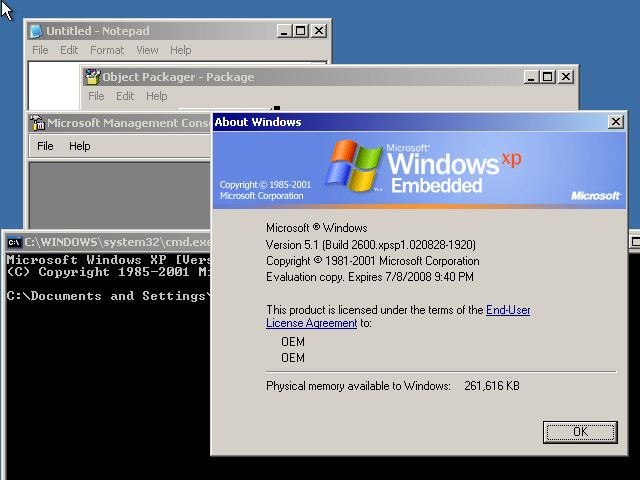 In a post on the official Windows Embedded blog, Microsoft revealed that that while support for Windows XP Professional for Embedded Systems will indeed end on the same day as XP itself, the other SKUs will continue to receive software update afterwards. Support for Windows XP Embedded Service Pack 3 will end on January 12th, 2016, and Windows Embedded for Point of Service SP3 will see its updates stop on April 12th, 2016.

Even though support for most of the XP-based Windows Embedded versions will continue well past April 8th, Microsoft says that businesses should still be aware of devices that connect to any products that use those operating systems. It states, "This includes items such as software included on the device, antivirus solutions and management solutions on the device, as well as throughout the IT infrastructure." The company advises that businesses should check to see if these accessories will still support XP-based systems in the future.