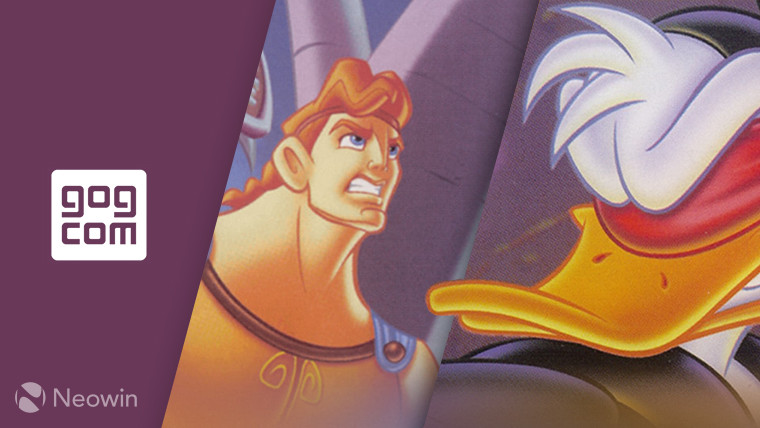 In a bit of a surprise Friday addition, GOG has resurrected arguably two of Disney Interactive's most well known games: Disney's Hercules and Maui Mallard in Cold Shadow.

First up is Maui Mallard in Cold Shadow or Donald in Maui Mallard to give it its alternate title, a game which was initially released in 1995 for the Sega Genesis, then came to PC in 1996. For those unfamiliar with the platformer, you can check it out below:

Next up is Disney's Hercules, or as it was known in Europe, Disney's Action Game Featuring Hercules. Like Maui Mallard, this is also a platformer, though it came out a year later, in 1997 for the GameBoy, original PlayStation, and Windows. As can be ascertained from its name, you play the titular hero on his quest to regain his immortality, a quest which closely follows the narrative of the animated film. Here's a snippet of gameplay:

Both games are part of GOG's latest weekend sale, with 15% knocked off their $5.99 full price. As such, you can get either title for $5.09. Other Disney-published titles like the Monkey Island or Indiana Jones games can also be had as part of the sale with discounts ranging from 40% to 65%.

Update: The titles above are also available on Steam: Disney's Hercules | Maui Mallard in Cold Shadow