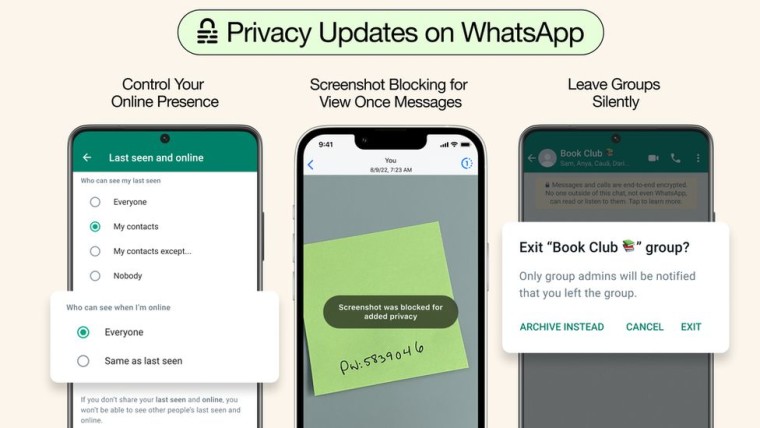 Meta CEO Mark Zuckerberg has announced that WhatsApp will be getting several new features to boost user privacy. The capabilities include being able to exit group chats without notifying everyone, controlling who can see your online, and preventing screenshots of view once messages.

In his post, the CEO said that Meta was rolling out the features to make messages as private and secure as face-to-face conversations. He didn’t state when the functionalities would be arriving, but BBC News reports that they’d be arriving this month. Apparently, there will be a global campaign to highlight the features, starting in the UK.

It’s interesting to see the UK being named as one of the first places where the advertising campaign will begin in. Just last month, the home secretary, Priti Patel, was essentially criticizing the use of encryption in WhatsApp and other messenger apps. She claims that encryption is stymieing efforts by authorities to clamp down on harmful content.

WhatsApp product head, Ami Vora, said that WhatsApp was the largest messenger platform to offer these types of privacy protections and described it as the most secure place to have private conversations. For several years now, WhatsApp has integrated simple-to-use encryption technologies that are on by default.