Microsoft President and Chief Legal Officer Brad Smith has, in an extensive blog post, made the case for facial recognition technology to be regulated by the government. Starting with the fundamentals, Smith asserts the need to protect the rights of consumers of technology worldwide.

This appeal, according to Smith, comes from the recent, major shifts in this facet of the industry. Given the sudden, sharp uptick in the speed and accuracy of modern facial recognition tech, partly because of the cloud and how said data is sent from live cameras to servers instantaneously and ubiquitously, it's become clear just how much advanced tech like this has now become ingrained in daily lives. 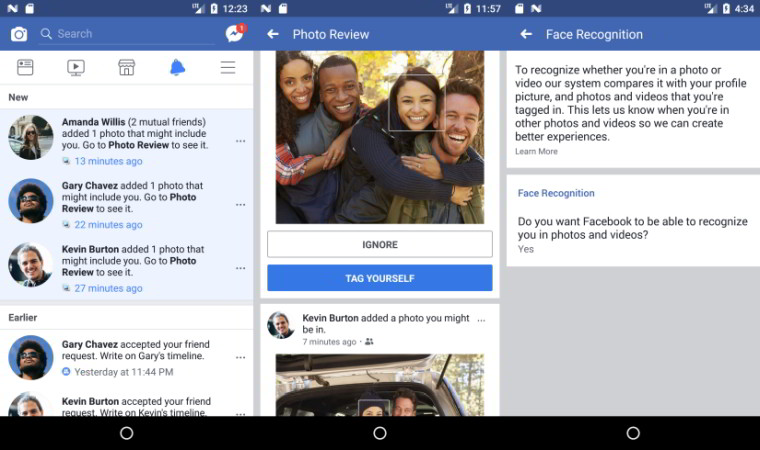 Smith mentions the positive, benign uses of facial recognition thus far, such as with Facebook's and Microsoft's own efforts in the photo tagging and compiling components of its services, and speaks of how, for instance, it has been used to identify missing persons by scanning passersby on a street, which brings him to the potential for misuse of this technology:

"Imagine a government tracking everywhere you walked over the past month without your permission or knowledge. Imagine a database of everyone who attended a political rally that constitutes the very essence of free speech. Imagine the stores of a shopping mall using facial recognition to share information with each other about each shelf that you browse and product you buy, without asking you first."

Smith goes on to express concerns regarding the overall immaturity of the platform, placing special focus on its inaccuracy bias against people of color, and citing studies that discovered how this fallacy might result in sinister outcomes in scenarios that depend on it. Furthermore, Smith strongly denies Microsoft's involvement with the separation of immigrant parents and their children carried out at the U.S.-Mexico border by the Immigration and Customs Enforcement (ICE), and goes on to state that these accusations have kicked up quite the hornet's nest:

"The ensuing discussion has illuminated broader questions that are rippling across the tech sector. These questions are not unique to Microsoft. They surfaced earlier this year at Google and other tech companies. In recent weeks, a group of Amazon employees has objected to its contract with ICE, while reiterating concerns raised by the American Civil Liberties Union (ACLU) about law enforcement use of facial recognition technology. And Salesforce employees have raised the same issues related to immigration authorities and these agencies’ use of their products. Demands increasingly are surfacing for tech companies to limit the way government agencies use facial recognition and other technology."

The post also states that while it is appreciable that there is a large number of people who trust tech companies to do the right thing with regards to this technology, it has evolved and proliferated enough to be worthy of public debate, and by extension, due democratic process.

Smith highlights several scenarios in which government regulation might be especially crucial:

This list, which is by no means exhaustive, illustrates the breadth and importance of the issues involved."

The post stresses the need for Silicon Valley to distribute technology such as this with prejudice, given its present multitude of shortcomings such as the aforementioned accuracy bias, and touts Microsoft's efforts to mitigate such concerns by briefly talking about its partnerships with academic communities dedicated to studying the effects of facial recognition in order to up the ante on this technology's reliability.

Smith stresses the necessity for transparency throughout this process and the need to stick to principles that establish trust with consumers. Furthermore, he doubles down on the company's commitment to work with guidelines set in the UN's Guiding Principles on Business and Human Rights, and concludes the post by assuring readers that it will participate in public policy deliberations pertinent to facial recognition until this technology is seen by people in the same light as the company sees it presently.