Microsoft said on Monday that it is excited that that Bing will be included as a search option in Safari.

Speaking on the Bing Blog, Yusuf Mehdi, Senior Vice President, Online Audience Business Group said that Microsoft had been working closely with Apple to bring Bing to Safari. "We’ve been working with Apple over the last couple of months to deliver a fantastic Bing offering for Safari, including some awesome HTML5 work for Safari on iPhone, and we hope you will be pleased with the results," Mehdi said.

Mehdi also hinted at an update for the existing Bing iPhone application. The update will include "even more great features very soon", according to Mehdi. "Needless to say, we are excited that Bing will be included as an option in Safari because it will make it easier for you to search and get the benefits of Bing". Apple CEO Steve Jobs announced that Bing would be included as a search option during his WWDC keynote earlier today. "Microsoft has done a really nice job on this, it’s an HTML5 presentation, it’s great" said Jobs.

Bing will be included as one of the search engine choices within Safari on iPhone, iPad, iPod Touch and within the Safari browser on the Mac and PC. 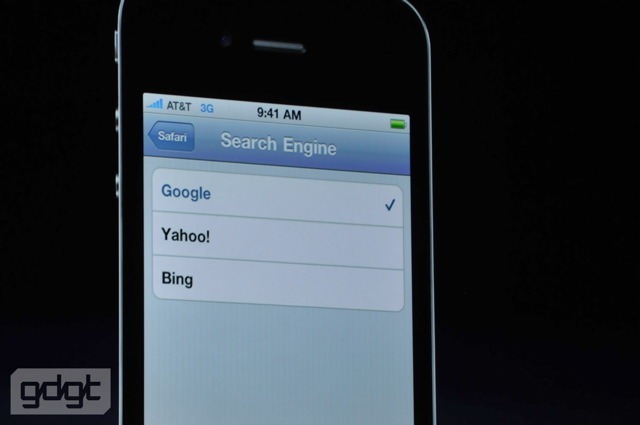