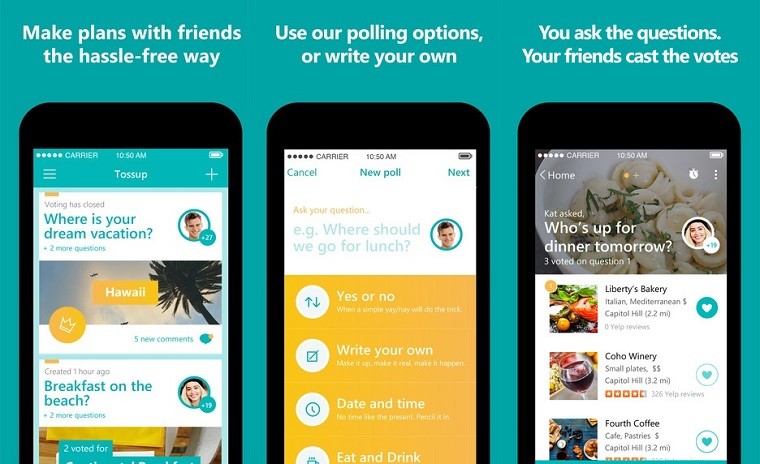 Microsoft Garage has launched a new app called Tossup that wants to make getting together with your friends easier. While that concept isn’t new, users may find the company’s offering quite compelling.

Tossup allows you to easily poll your friends on different questions: what should we eat, where should we go, what time, and so on. It then aggregates their responses so you can easily decide on your meeting’s details, without all the hassle of calling, texting or e-mailing everyone.

The concept is good, but of course, there are numerous other apps out there that want to solve exactly the same problem, including the likes of Swarm and Foursquare. Whether Tossup offers something better than those apps is an open question at this stage.

Also keep in mind that this isn’t an official Microsoft project, it’s just a Garage app, meaning it was created by a small team of people as a pet project inside the company. If it sees success, then Microsoft might decide to actually back it, but until then it’s little more than an indie app.

As if the point above needed emphasizing, know that you can get Tossup on Android and iOS, but not on Windows Phone.