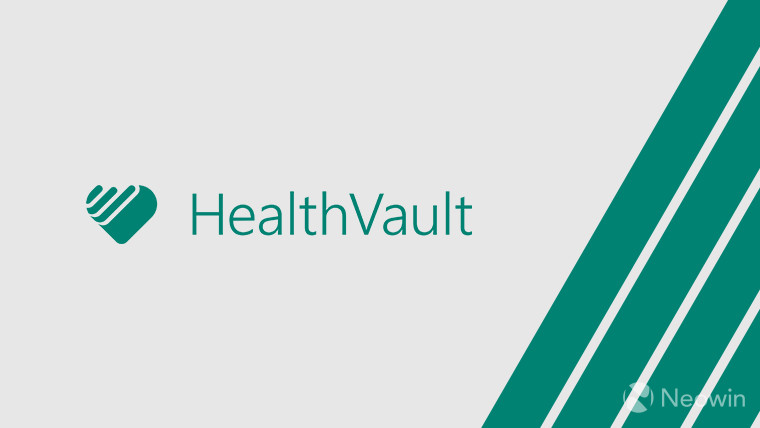 News about services or apps being discontinued has been present quite a bit these past couple of weeks, and you can now add one more to the list: Microsoft HealthVault.

For those not familiar, the service was first announced in 2007 and promised a platform on which folks can securely store their personal health records for easier sharing with professionals. The idea is that while HealthVault would not take the place of a Personal Health Record (or PHR), it would however be interoperable with PHAs (Personal Health Applications), since it supports the creation of a Continuity of Care Document.

A HealthVault app was made available for Windows 8 and its mobile equivalent, then the app for the latter was scrapped due to "compatibility issues". Later down the line, HealthVault Insights apps for iOS, Android, and Windows 10 Mobile were made, and support for two-factor authentication was also announced. Less than a year after their announcement, the apps were then scrapped.

In somewhat related news, Microsoft announced at the beginning of last month that it would shut down the Health Dashboard and pull all relevant Microsoft Band apps from app stores on May 31.

For those wondering, the closure of HealthVault was conveyed to users via email, which ZDNet's Mary Jo Foley has obtained. It reads in full, as follows:

We are reaching out to you because you are a registered user of the HealthVault service. We are providing you this notice to ensure you are aware of an important development:

The Microsoft HealthVault service will be shut down as of November 20, 2019.

Please take appropriate action to move your data or information you may have stored in your HealthVault account. To help customers that wish to transfer their data out of HealthVault, several options are available and described below.

We appreciate your use of the HealthVault Service. If you have questions regarding this communication please do not hesitate to reach out to HealthVault Customer Support.

Note that data which still remains on the service on its closure date of November 20 will be deleted. The service, which has been offered to both consumers and businesses, does have a successor of sorts.

What began initially as an app built by Microsoft Garage during a 2016 Hackathon, has now morphed into the Microsoft Healthcare Bot, which makes use of conversational AI. This should sound familiar, especially to those who use Skype.

Source: All About Microsoft (ZDNet)