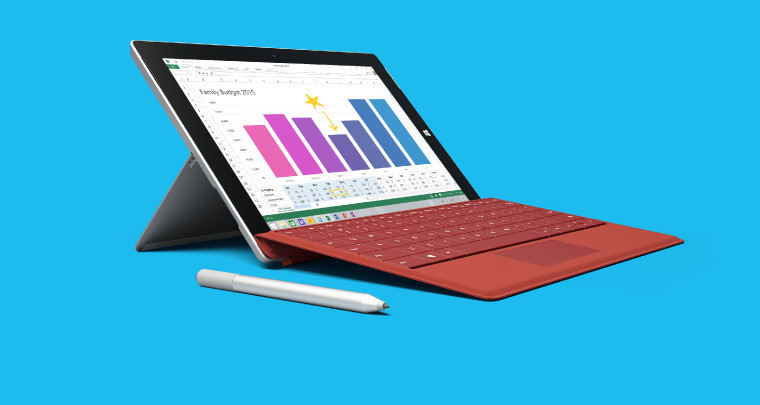 Just before Christmas, Microsoft began offering chunky discounts on its Surface 3 in the UK, but the promotion didn't extend to the 4G LTE models, which had been out of stock for several weeks.

Now, though - just a few days before the deal is due to end - its stocks have been replenished, and buyers can pick up all Surface models for a lot less than usual:

If you want a Type Cover keyboard to go with the tablet, that'll set you back an extra £109.99, and unlike its larger, pricier Surface Pro siblings, the Surface 3 doesn't come with the Pen accessory either, which will set you back a further £44.99.

But the Surface 3 does come with a 3-month NOW TV Entertainment Pass, and also includes a free one-year Office 365 Personal subscription, worth £59.99. Microsoft had previously indicated that the Office promotion would only be available until the end of 2015, but it has since extended it through to December 31, 2016.

The Surface 3 discounts will remain available at the Microsoft Store until January 16, 2016.