More than ten years ago, Microsoft launched Soapbox, a video streaming service that ultimately failed and was discontinued. However, it appeared that the company was still considering another venture in the particular area, and in April 2015, it launched Office 365 Video, this time targeting business users who need to upload and share content. Then in July 2016, it launched a preview of Microsoft Stream, an apparent successor to Office 365 Video.

Now, Microsoft has announced that Stream is generally available with numerous new features. 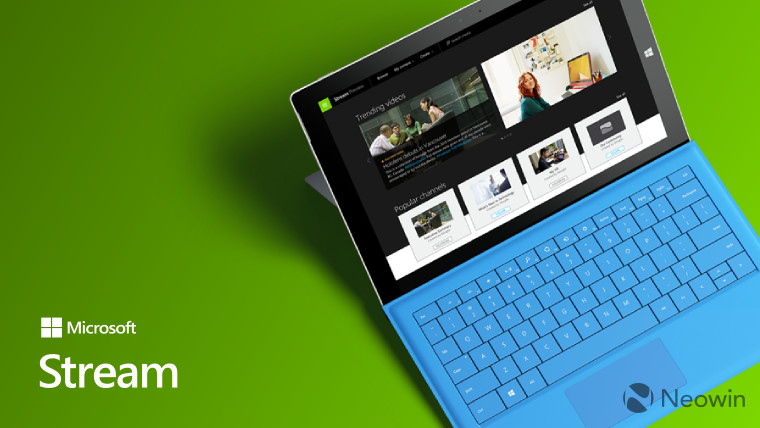 Microsoft has stated that Stream is now available as a standalone service in 181 markets and 44 languages. The company is positioning it as the perfect tool for enterprise users to upload, view, share, and manage videos, increasing productivity and user engagement. To that end, it has announced a range of new "intelligent" features for Microsoft Stream, which include:

Microsoft Stream features integration with Office 365 and Office 365 Groups, and offers IT management and security capabilities. Microsoft says that the built-in encryption and authentication services ensure that videos are only viewed by the desired audience. Additionally, administrators can add customized guidelines and require their company's employees to accept certain terms and conditions before they begin to utilize Microsoft Stream's capabilities.

Office 365 Video customers will be transitioned to Microsoft Stream in phases, with all their content kept intact. You can find out more about the transition process here. Customers with Office 365 plans can locate Microsoft Stream in their Office app or by heading over to the dedicated website and signing up. Lastly, customers without an Office 365 subscription are encouraged to start a free trial of the Stream standalone plan.