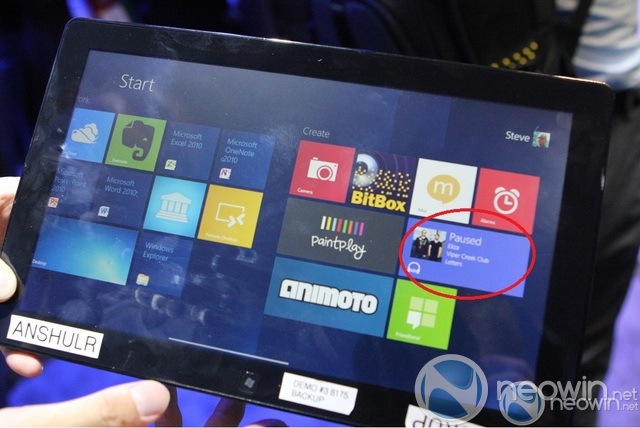 Microsoft is demoing their latest and greatest build of Windows 8 at at CES today, and we spotted something slightly new when taking a look at a device. There's a new application, that's deeply integrated with the OS called "Microsoft Music" and it looks awfully like something that could replace Zune.

It's hard to say what Microsoft's plan is here, but we've got a picture of a live tile that features new branding of the "Microsoft Music" service, and shows music being played. The application was spotted in various places throughout the OS too (more when our video finishes processing), such as the search box (which was breezed over in the public demo) and the sharing menus of the OS.

There's a few things this software could be. It could simply be Microsoft's Metro styled music player for Windows 8. It could be a replacement for Windows Media Player (considering there's also a seperate "Videos" app now), or, it could be the future of Zune.

We've heard before that Zune is supposed to be going away as a brand, perhaps Windows 8 is the beginning of that? Looking at the expected date of the Windows Phone "Apollo" release, which is speculated to coincide with Windows 8, the timing for a rebrand could be almost perfect.