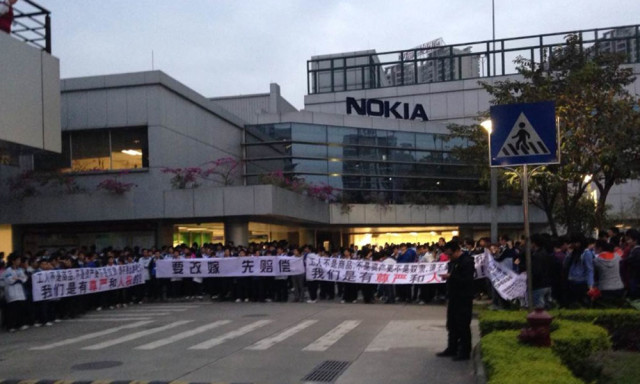 Microsoft is reportedly giving away Lumia smartphones to Chinese factory workers to get them to quit their jobs.

It was recently announced by Microsoft that they will be laying off nearly 18,000 employees globally over the coming months. In order to get more workers from its Chinese factory to quit, the company is giving its Windows Phone-based Lumia 630 smartphones as a peace offering. The devices will be given to 300 employees daily on a first come first serve basis to those who choose to part with the company voluntarily.

Microsoft completed the acquisition of Nokia's devices and services division recently, which resulted in the transfer of ownership of various manufacturing units from Nokia. As part of Microsoft's layoff plans, about 4700 workers from China are set to lose their jobs. According to Business Insider, the job cuts will affect the feature phone business which Microsoft is planning to move out of very soon.

The Chinese factory workers have already protested Microsoft's layoff plans and a free smartphone offer definitely won't be enough to change the minds of people who have been associated with one of Nokia's oldest manufacturing hubs in the world.