Microsoft has offered its OneNote note taking software for the iPhone since January 2011 and in December of that same year it released a version optimized for the iPad. Today, Microsoft released a new update for the iOS OneNote app with improvements and additions for both iPhone and iPad users.

A feature that has been missing from the iPad app that many users of OneNote have requested is a way to make new notebooks. In a post on the official Office blog, Microsoft announced that this new update finally allows for the creation of new SkyDrive notebooks from within the iPad version. 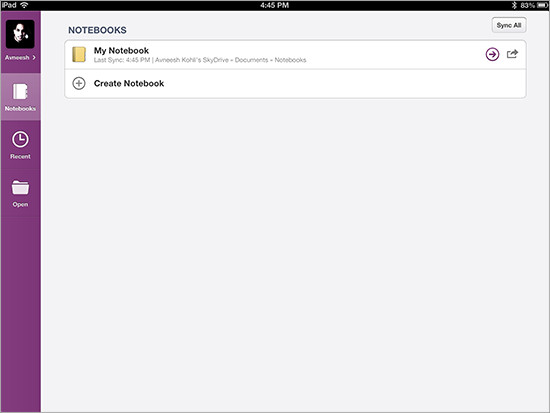 Other users have also requested a way to create, delete and rename sections on the OneNote iPad app, and now that feature has been enabled with this new update. Both the iPhone and iPad versions now have added support for automatic list detection for better text formatting.

In addition, Microsoft has made improvements in speed when typing in Japanese with the OneNote iOS apps. The iPhone version will be a much smaller file to download from the App Store; Microsoft claims the file size is now less than half of what it was previously. Finally, there are a number of unnamed bug fixes in the iOS apps.