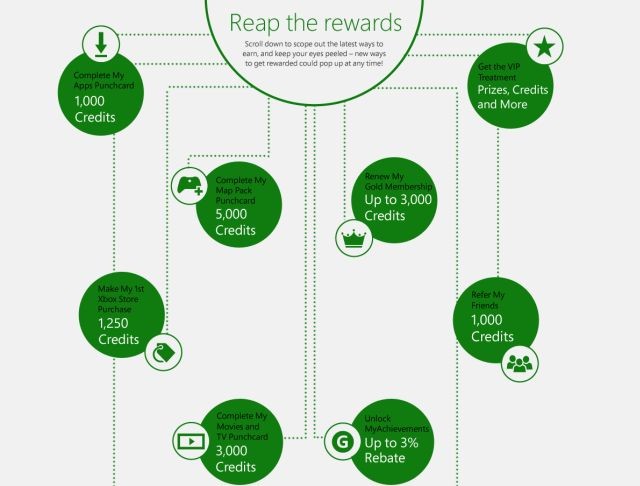 The Xbox Live Rewards program website has the details of how the new system will work. Basically, once a user signs up for free, he or she can collect credits for various accomplishments, such as taking monthly surveys, playing a new game or renewing their Xbox Live Gold membership. The rewards program also gives up to a 3 percent rebate on Xbox Store purchases if they increase their Xbox Live Gamerscore.

After a Xbox Live Rewards member collects at least 5,000 of these credits, they are converted to the real world currency of the user's location and then moved into their Microsoft account. The money can then be used to purchase downloadable games and more from the Xbox Games Store.

All in all, the new version of the Xbox Live Rewards program is much the same as its older incarnation, with credits turned real world currency as the only major change compared to simply earning Microsoft Points.