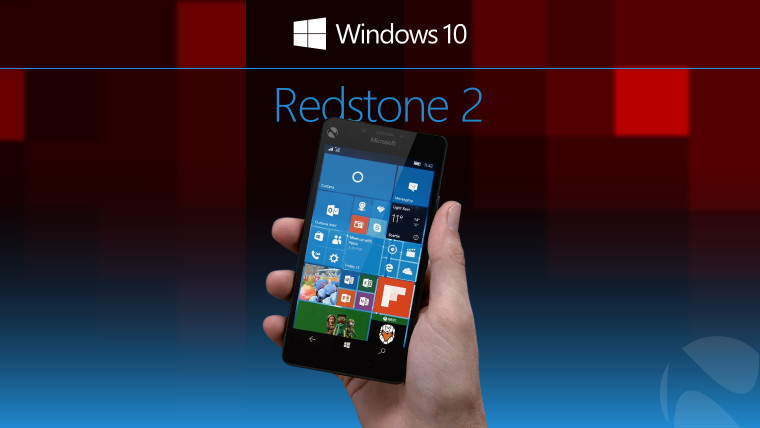 Ever since April, it's been rumored that Microsoft's next feature update for Windows 10, codenamed Redstone 2, will have a greater focus on Mobile. In fact, Redstone 3 is rumored to be the same.

At day two of Microsoft's Ignite 2016 conference today in a session called, "Discover what's next for Windows 10 Mobile for phones and small tablets", the company made a number of announcements as to what we can expect in Redstone 2. Warning: expect to mutter "finally" under your breath quite a few times while reading this.

The next feature update will see a number of long-awaited Continuum improvements. Finally, you'll be able to put your phone to sleep without it crashing your Continuum experience. There's also a Proximity Connect feature, which should allow you to connect wirelessly to a dock without ever taking your phone out of your pocket. The dock should detect that you're there, probably via Bluetooth pairing.

Another big feature is that you'll finally be able to independently customize your Start menu. As it stands right now, your Continuum Start menu mirrors your phone's Start screen, so you should be able to change one without changing the other next year.

There are also a few business features that were announced, such as the ability to bulk update devices via USB. This should make updating devices much easier for admins.

There are new auditing features, which will allow for SMS logging to be turned on, and those logs can be checked remotely. New management features will allow for more control over Wi-Fi Direct, as well as the ability to reset a PIN remotely.

We also asked about ARM64 support, and were told that while Windows 10 Mobile runs at 32-bit even on 64-bit machines, it's not a restriction because there are no Windows phones with more than 4GB of RAM, "but I acknowledge that it's an important gap that we're very aware of."

Redstone 2 isn't slated to arrive until April 2017; however, Insiders should see these features "before too long".