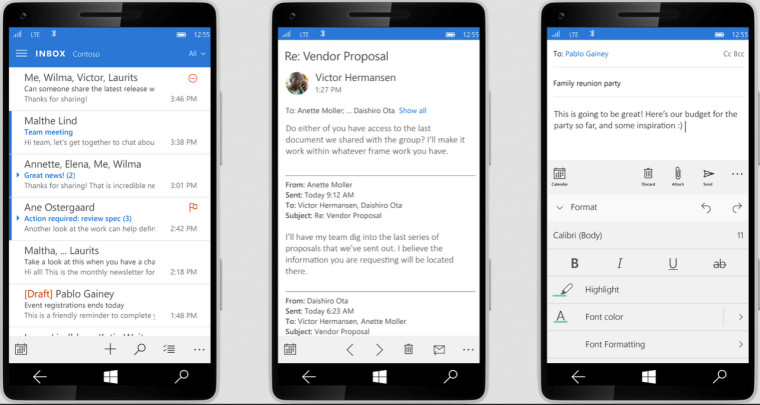 Earlier today at BUILD, Joe Belfiore, revealed that Microsoft could not showcase their progress with the Windows 10 UI on phones due to the lack of time, but promised to have a post ready. Now, we can finally see what the company has in store for smartphone users with the next update.

As stated in the blog post, the fundamental aspects of the new design language have been changed from experience and feedback from users. The new design also is meant to serve the purpose of "Adaptive UX" which can be reused across all Windows platforms. This also seems to be the reason why the company opted to bring the Hamburger menu that is used widely in apps on competing platforms to the OS. 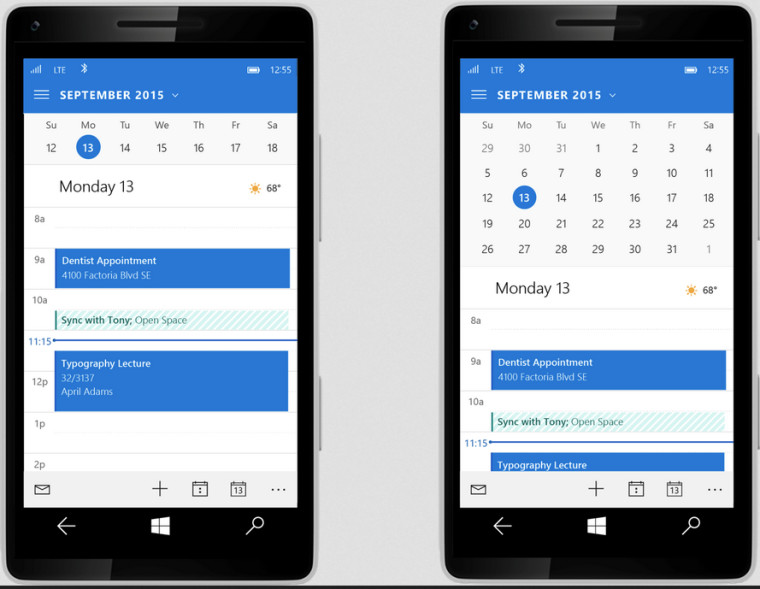 The apps that have been demonstrated included Outlook, Calendar, Photos and Task Switching and they offer a clear idea of what to expect from other apps going forward. At first glance we can see that the big titles from Modern design have gone awayway in favor oftitle bars.

All the applications now include commands at the bottom of the screen rather than inside a contextual menu as used inWindows Phone apps. The main title bar seems to be a multipurpose one as it contains actionable items such as the previously mentioned hamburger menu or tabs in case of the Photos app. 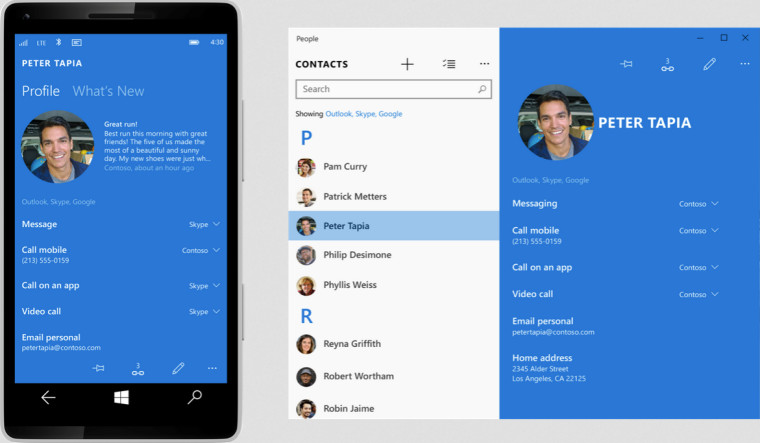 Microsoft has mentioned that some of the images shown are merely concepts that have not yet been implemented but are being worked upon using feedback from users.