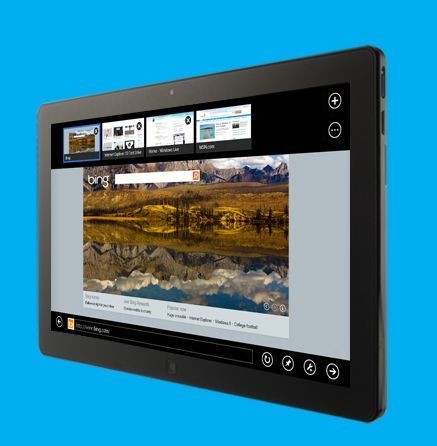 Now, several weeks after the launch of IE10 with Windows 8 and the release of the preview version for Windows 7, Microsoft says it is sticking with its controversial decision. Bloomberg quotes the company's General Counsel Brad Smith as saying, "We crossed the Rubicon and are completely comfortable being on the other side of the river. We have no intention of going back and have no intention of engaging in discussion on that possibility.”

Bloomberg reports, via unnamed sources, that Microsoft's advertising division actually opposed the IE10 "Do Not Track" decision. However, the IE team reportedly overruled them, believing that it was the best thing for consumers.

Smith expanded on those views in an official Microsoft blog post this week, saying that the company is willing to discuss its opinions with other groups. One thing Microsoft might be willing to support is a "permissions API" which would allow web browser users to give their specific permissions to have their activity tracked by certain websites even if "Do Not Track" is turned on. Smith added, "This is a strong option, but only if the outcome respects the initial intent behind enabling the DNT signal in the first place."

There is still a lot of debate over how Do Not Track should be followed by Microsoft and other companies. A working group in the World Wide Web Consortium has met for 18 months to finalize a standard but so far has yet to come to an agreement.