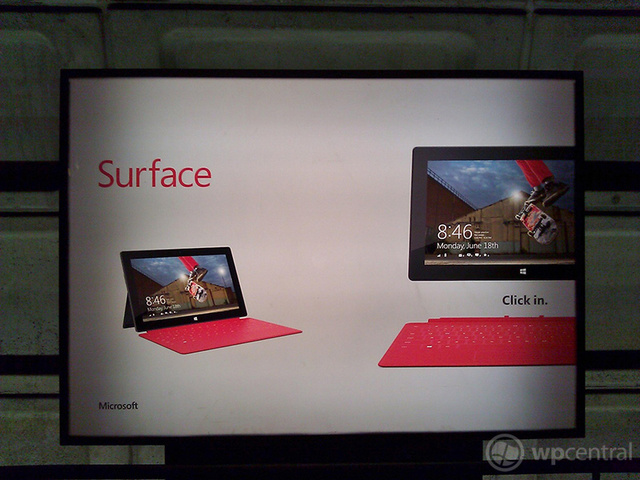 With its launch getting closer and closer, Microsoft has been hard at work trying to get their Surface tablet noticed. They began with the stylized paintings around different cities. They were meant to generate some interest and curiosity. But now Microsoft seems to have stepped up their game and full color print ads are popping up.

Such is the case in Washington DC where some beautiful ads have sprung up on the subway. Depicting the tablet alongside its touch cover keyboard, the ads tout the simplicity of connecting the two by just clicking them together.

Now here's another interesting tidbit to the whole ad: the date on the screen of the tablet is June 18th; that's the date Surface was first introduced by Steve Ballmer at Milk Studios in Los Angeles. But what does the timestamp 8:46 mean? Well, we honestly don't know. It might not mean anything but then again Microsoft might be winking at us in some obscure way. 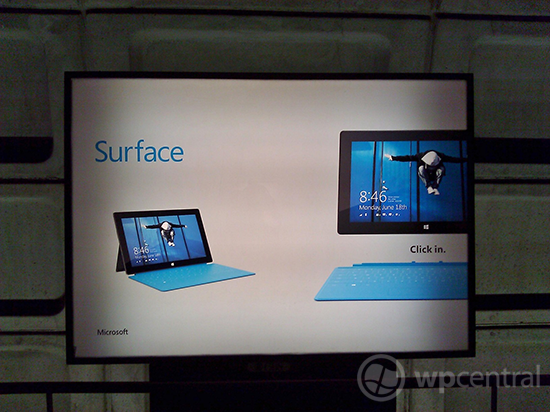 The Microsoft designed tablet will be launching on October 26th alongside Windows 8. It will only be available through Microsoft Stores, including the temporary ones the company is setting up for the holiday season. There will be two versions of the tablet: the RT and the Pro. The RT version will be the one launching this month, it sports an ARM SoC and will only run Windows 8 RT - meaning no classic desktop apps.

Be sure to let us know if you spot other such ads, or if you figure out what 8:46 could possibly mean (other than the time of day ofc).