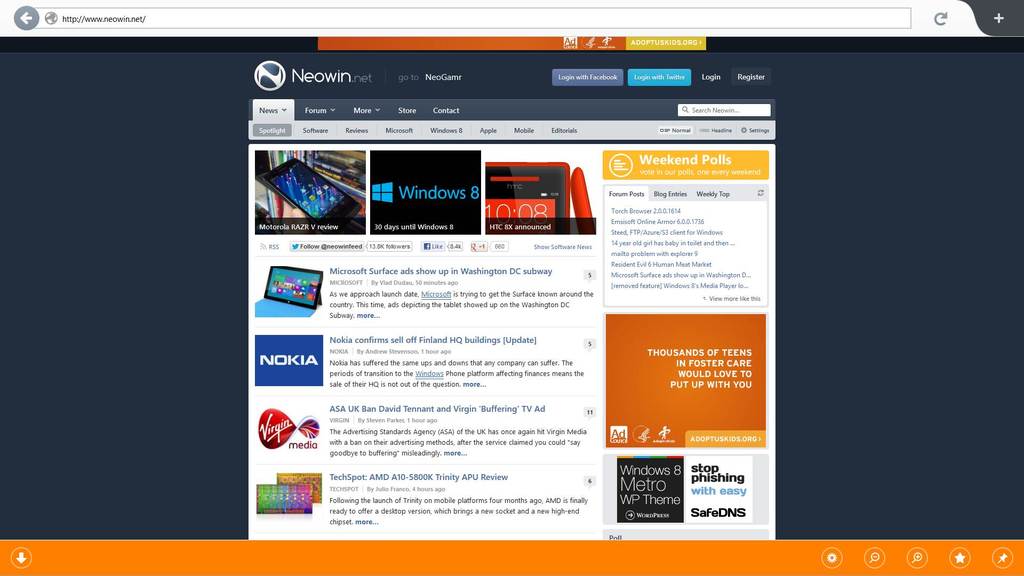 Previously we heard a preview version of Firefox for Windows 8 was coming at the end of September, and while this wasn't quite the case, early October is pretty close. We've also seen some mock-ups of what the Modern UI version will look like, and after downloading and installing the nightly version we can confirm it does work okay, and it looks similar to the mock-ups posted which is great to see.

Although, as this is a nightly version of Firefox, don't expect it to be nearly as polished as the stable release; we don't recommend you use it as your daily browser. While we were using the Modern UI Firefox we encountered a number of bugs, such as the lack of scroll wheel support and the missing ability to drag with the mouse, along with an unfinished download manager.

Also, as a commenter points out:

Note: This is not the standard nightly build. It's actually a different branch being used that they refer to as Elm.

You can download the nightly version of Firefox through the source link below, and also peruse through our gallery in case you don't want to test it out for yourself.

Source: Mozilla Wiki | Thanks to platonov for the tip!
Additional reporting by Steven Parker