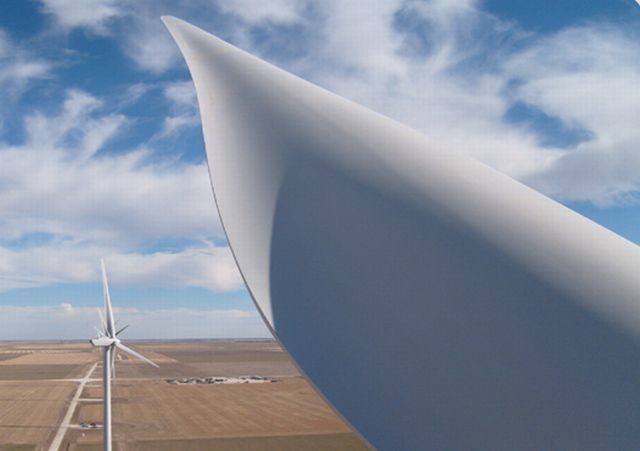 Microsoft's efforts to look into new ways to conserve and use energy at its facilities will enter a new era in the next few years, as the company intends to use all of the energy made from an upcoming large wind farm located 70 miles northwest of Forth Worth, Texas.

Today's announcement reveals that Microsoft has entered into a 20 year agreement with RES Americas that will result in Microsoft buying and using 100 percent of the power generated by the Keechi Wind Farm Project. The construction of the 55 wind turbines on the site is expected to start in early 2014 and be completed by 2015. When all of the turbines are up and running, they will result in the creation of 110 megawatts of power, enough to light up 55,000 typical homes.

The energy from the wind farm will be used to help power a Microsoft owned data center in San Antonio. The press release states, "By purchasing wind, we will reduce the overall amount of emissions associated with operating Microsoft facilities in this region and hopefully spur additional investment in renewable energy in Texas."

This is not the first time Microsoft has ventured into using renewable energy to power their data centers. The company announced in 2012 it will be using local biogas to power a small facility in Cheyenne, Wyoming. The company has also been using building management systems to help control energy use in its Redmond, Washington campus.