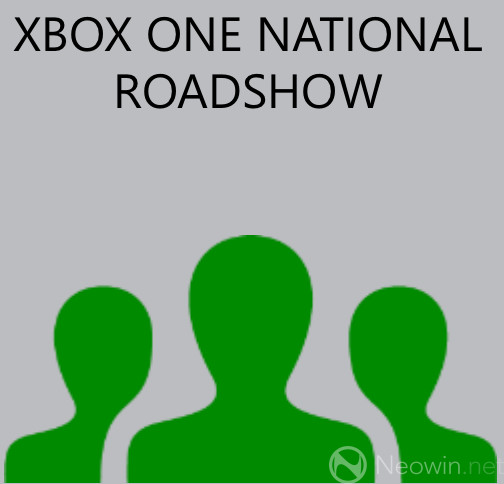 Microsoft is preparing for a roadshow of the Xbox One in the UK that will hit up retail locations all across the country and will kick-off on September 30th and run to November 14th.

The ‘Xbox One National Road Show’ will take place at retail locations all across the UK and is designed to train retail staff on the new console. It’s clear that Microsoft wants to have highly educated sales folks pushing the console as it will be in direct competition to Sony’s PS4 on store shelves this holiday season and to make sure this happens, it will be holding extensive training sessions for retail staff.

The events will take a half-day and it looks like each venue will have two sessions, one in the morning and one in the afternoon for up to 16 people per session. Each session will give the retail staff extensive hands on training of the console and will go over the prominent features of the platform.

While this documentation is for UK retailers, we expect that Microsoft is currently in the planning stages of doing the same thing for retail stores in the US and in other launch countries.

One interesting bit of information in the documentation is that the training will end on November 14th. While we do not have any insider information on when the console will launch (yet), seeing that the training ends the 14th, would lead us to believe that the console will not launch before this date. As typical with Microsoft, if they announce a launch month, it’s nearly always towards the end of the month when the product is released. 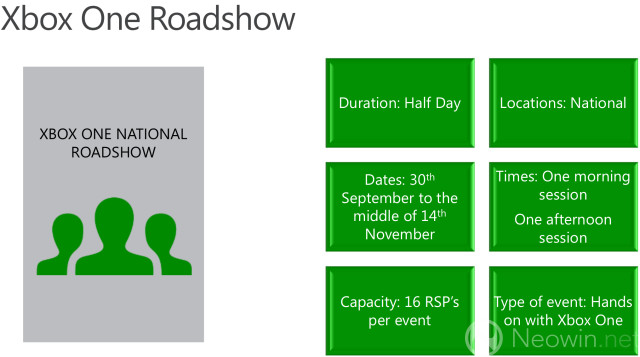 Microsoft’s Xbox One platform will be the company’s first play into the living room with a machine that was designed to be a central hub for entertainment. While the Xbox 360 was adapted to fill this role, it was initially launched as a gaming console.