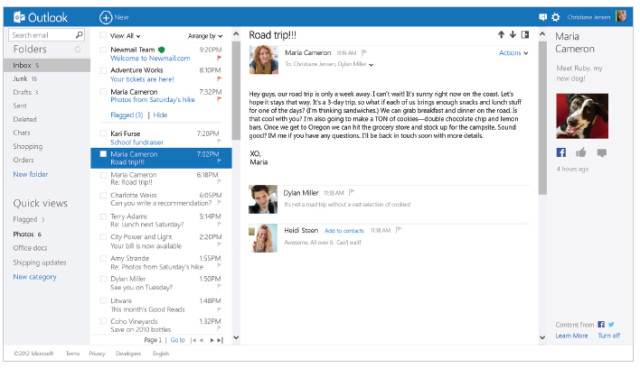 It looks like Microsoft is still dealing with some growing pains with its Outlook.com online email service. Earlier this month, a large number of Outlook.com subscribers started posting up messages in the Microsoft Answers forum saying they were encountering errors with using Outlook.com. In fact, there were two separate forum posts created on this topic, each with over 30 pages of messages.

Basically, all of the posts were due to subscribers that were getting error messages that said they had too many devices trying to sync with their Exchange ActiveSync accounts when using Outlook 2013. Microsoft announced in November that Outlook 2013 would support EAS.

In response, Microsoft has been telling people on the forums to ask for assistance within the forums, along with their email accounts. Microsoft said:

Once we have your email account, we would be deleting the deltasych relationship of your email account with the devices you've attached to it. This would be done in the backend, however you will need to reconfigure your account on your devices. Of course, we'll let you know once we've carried out the backend process.

Microsoft also has some tips for Outlook.com and Outlook 2013 users to prevent these kinds of sync issues from happening again. Hopefully, these problems will be fixed for all of those who have encountered it soon.

Thanks to Durban for the tip!