We are at the close of the last week of April and that means that it is time to recap everything important that went on in the Microsoft-verse in the past few days. This was an exceptionally busy week in terms of news thanks to a somewhat significant Windows 11 build, Microsoft reporting its FY22Q3 results, and a bunch of Edge improvements, including the release of version 101. Find out about all of this and more in our weekly digest for April 23 - April 29.

A colorful Task Manager in a Windows 11 build

This week, Microsoft held a Windows Insider webcast to talk about Task Manager in Windows 11. Although its focus was on the new functionalities on the backend such as Efficiency mode, what really piqued our interest was the support for accent colors in Task Manager. Rather than relying on the shades of mustard in Task Manager, the app will now update according to your OS' accent colors, which would bring some decent consistency. Oh, and not that it matters much - consider that Microsoft engineers obviously test features on a variety of development builds -, but the demo in the webcast was apparently running on a 7th gen Intel CPU, which is supposed to be unsupported for Windows 11.

Microsoft didn't wait too long to release the colorful Task Manager either. Windows 11 build 22610 just landed in the Dev Channel yesterday with the updated app, new icons for context menu in File Explorer, fixes to the Start menu, and updates to the Family Safety widget. Microsoft is also fielding interest from IT admins and organizations about whether they would like to see Windows Server preview builds flighted to them in the same manner as Windows Insider builds.

Microsoft also rolled out an optional update for Windows 11 in the form of build 22000.652 (KB5012643). It fixes a bunch of issues, including one which causes an OS startup delay of about 40 minutes, but it reportedly also introduces a new one causing screen flickering in Safe Mode.

The Redmond tech firm rolled out a bunch of improvements to Auto HDR for gamers on Windows 11 too. New capabilities include an intensity slider, multi-GPU support, and customization of notifications. Some of these are available via the latest version of the Xbox Game Bar app. Oh, and while we are on the topic of Microsoft apps, it turns out that default apps in Windows 11 take up 1.5GB of space. Personally, I don't think that's a lot but it has sparked a lively debate in our comments section of that article.

On the Surface side of things, the Surface Book 3 received some "storage stability" in a firmware update while Windows Insiders on the Surface Laptop Studio can now refresh Dynamic Refresh Rate. The capability will help your Surface Laptop Studio save battery life and avoid wasting energy on an unnecessary 120Hz refresh all the time. Lastly, Surface Go 3 also received its first firmware update since its launch, mainly packing security and stability improvements.

The firm reported positive trends across all its business segments including Productivity and Business Processes (Office, Dynamics), Intelligent Cloud (Windows Server, Azure), and Personal Computing (Windows, gaming, search and news advertising, and Surface). That said, the firm expects revenue to be in the single digits in the next quarter due to the ongoing war in Ukraine and supply chain difficulties in China.

Microsoft had some more specifics to reveal about the usage of its other products and services too. Did you know that Xbox Cloud Gaming has now been used by 10 million players? Or that Microsoft Start now has 500 million daily active users? Or that the Xbox Series X and Series S were the market leaders this quarter in the U.S., Canada, UK, and Western Europe? If not, check out our dedicated piece on usage stats here.

Although we had a lot of news related to Microsoft's Edge browser this week, the highlight has to be the release of version 101 to the Stable Channel. Most notably, Edge contains a new PWA hub accessible from the toolbar, default profile policies, and a certificate picker that allows you to forget and switch certificates on a website without quitting the browser first.

Edge Dev received version 102.0.1235.1 too. That release contains changes to the user experience to make it easier to access tabs from other devices, reliability improvements, and a bunch of bug fixes. That said, there is a significant list of known issues too so if you use Edge Dev, it's probably best to check out our dedicated piece here.

Microsoft also seems to be working on a redesign for Edge, as is evident in the latest Canary builds. New bits introduced to the UX include rounded corners from Windows 11 and the Mica effect. You can try them out right now from Edge flags but there's no word yet on when these will hit the Stable Channel. The company is seemingly also developing an integrated VPN in Edge powered by Cloudflare and you can find all the details here. 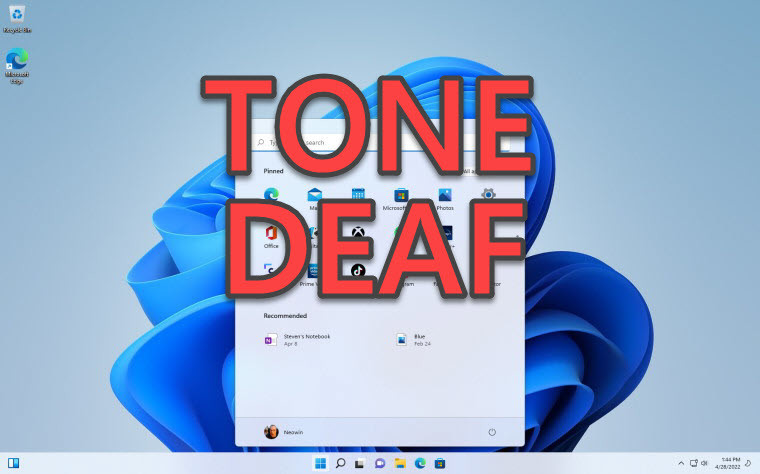 This week, our very own Neowin co-founder Steven Parker talked about his feelings regarding Microsoft reminding everyone of what a great job it did building the Start menu in Windows 11. Of course, its reminder conveniently ignores all the things people are complaining about in the Feedback Hub. It's a pretty tone-deaf move from Microsoft, to say the least.

Meanwhile, News Reporter Taras Buria wrote a very detailed guide about how you can customize the touchpad gestures in Windows 11. If you have a Windows 11 device, you should probably check out all the things you can do with it here. 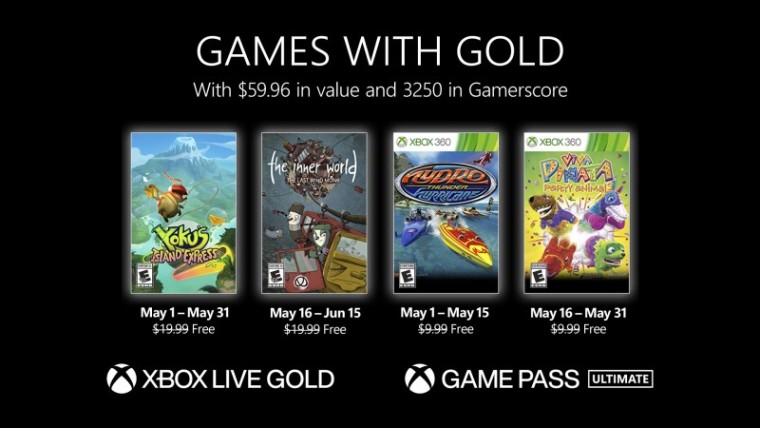 And for our readers out there who play video games, News Editor Pulasthi Ariyasinghe has highlighted that May's Games with Gold includes Yoku’s Island Express, The Inner World – The Last Wind Monk, Hydro Thunder Hurricane, and Viva Piñata Party Animals. Be sure to grab them during the dates noted in the graphic above if you have a valid Xbox Live Gold subscription.

Have you ever wondered how long it would take to boot Windows XP on a 1MHz processor, considering that the OS required a minimum clock speed of 233MHz? Regardless of whether this question has crossed your mind or not, we think it's worth finding out the answer here.