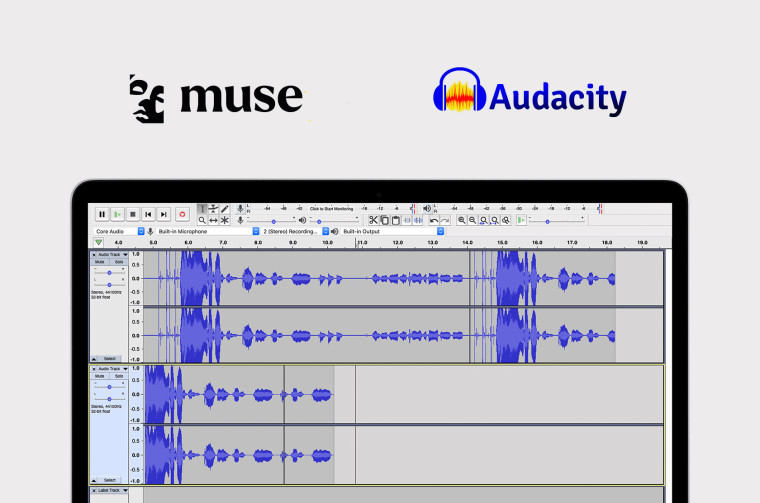 Microsoft Store has finally received Audacity, one of the most popular audio editing software. Martin Keary, head of product at Audacity himself has confirmed the version is authentic and comes directly from the company that maintains the platform.

Due to the ludicrous number of fake ‘Audacity’ [variants] on the Microsoft store, which charge users for non-functional or very limited applications, I’ve now (finally) taken the name back and have published the proper, free version for the first time.

The Audacity version listed on the Microsoft Store claims it is “developed by the Muse Group & the Audacity Open-Source Community”. Needless to mention, the company is the lead developer of the software as mentioned on Audacity’s official website in the “about” section as well as on the credits page.

It is concerning to note that there are about half a dozen apps on the Microsoft Store all claiming to be the iconic audio editor. At least three of the versions listed on the Microsoft Store charge $4.99 to download and use an app that has always been free. In fact, ever since Audacity was released back in May 2000, the software has been open-source.

Microsoft Store does not have the vast selection of apps that Google Play Store and Apple App Store offers. Still, the platform suffers from counterfeit or knockoffs. These can dilute the value of the original, but they can also negatively impact the revenue of developers.

Cautious users who still do not trust Audacity's variant on the Microsoft Store, can head over to the platform's download page and download the latest version. It is available in 32-bit as well as 64-bit versions for Windows operating system.