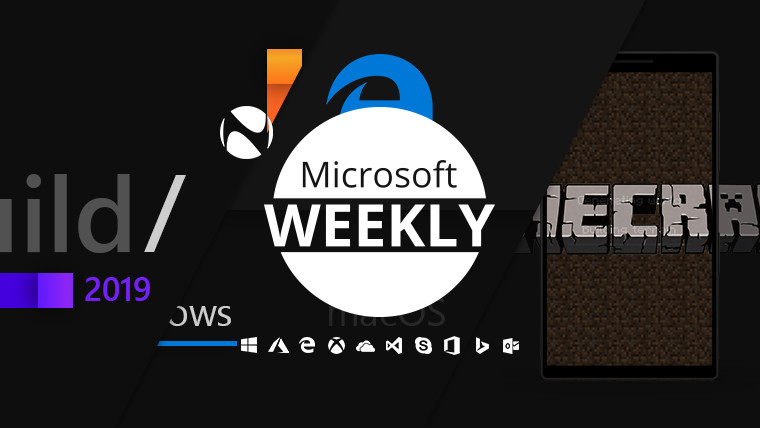 This past week was Build 2019, the company’s flagship developer conference which just so happened to coincide with Google I/O for the second year in a row. A number of Azure, Edge, and business-oriented capabilities were announced, so be sure to find all that, and the usual bit extra, in your Microsoft digest for the week of May 4-10. 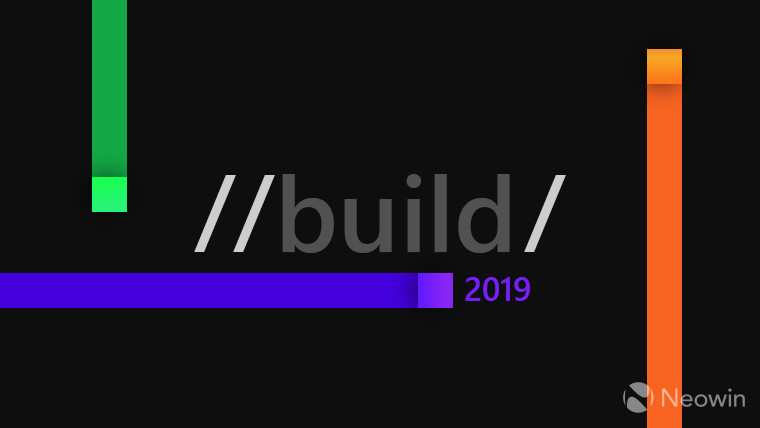 This past week was Microsoft’s flagship developer conference, Build, where the company presented a number of new additions and underlined its approach of putting ‘people first’.

We start off with Fluid Framework – not to be confused with Fluent, which is the company’s overall design approach -, a platform to help devs create web-based distributed apps quicker. The most obvious example in this case is co-authoring, which thanks to the framework can happen in real time, while also integrating real-time translation, photo suggestion, content fetching, and much more. It’ll be available later this year via an SDK, and the company is planning on integrating it into its Microsoft 365 package.

Staying a little longer on the subject of AI, there’s the Ideas feature for Word that should begin rolling out to insiders next month, with GA pinned for fall. In short, it’s an AI-powered editor that goes beyond simply proofreading, going so far as to suggest rewrites based on machine learning and the underlying power of the Microsoft Graph.

Underpinned by that same Graph is Microsoft Search, a service which gives you personalized results as soon as you focus on the search box. It’ll suggest files, relevant people, or really anything else, with the aim being to provide a unified search experience across online services, apps, and Windows. Microsoft Search is set to roll out to Microsoft 365 and Office 365 users later this month, with private previews of third-party connectors surfacing later this year.

On a related note, Cortana is becoming more conversational thanks to the Redmond giant’s new AI, which, in the demo provided during Build, translated into a more natural interaction with the virtual assistant. The Cortana Skills Kit for Enterprise has been enhanced to allow businesses to create and use skills for their organization, and many other aspects of the Microsoft 365 offering – like Teams and MyAnalytics – have been updated too.

If you’re using the Outlook mobile app on iOS or Android, you’ll soon get the new Adaptive Cards – containing content with which you can interact. Obviously, this is being rolled out in conjunction with Actionable Messages, right now on iOS, with Android to follow later this spring.

If you rely on the firm’s Power Platform, you’ll be happy to know that a new Ethereum connector will be available for both PowerApps and Flow, alongside a PowerApps Component Framework, embedding SDK, quality checkers for PowerApps, Unified Lifecycle Management, Python support in Power BI and much, much more.

For fans of the CLI, the Redmond software giant also announced Windows Terminal, a new app which will not only let you use GPU-accelerated text rendering and emoji-rich fonts, but will also support tabs. The Windows Subsystem for Linux 2 (WSL2) has been announced, which promises double the speed for operations, support for Linux Docker containers. Terminal and WSL2 are set to be made available to Insiders in June, with the Windows UI Library 2.2 to become available this summer.

Switching gears to Azure for a little bit, a new Hyperscale tier was announced for Database for PostgreSQL (in public preview), joined by new APIs for Apache Spark meant to help users of Cosmos DB better manage distributed data leveraging in real-time analytics workloads. Also added was a brand new serverless compute tier for Azure SQL Database, as well as an online migration capability specifically made for Oracle database migrations to Azure.

Since we touched on analytics, it’s worth mentioning that Wrangling Data Flows in Azure Data Factory is now in public preview, while Mapping Data Flows is GA. SQL Data Warehouse now supports native semistructured data, plus Results Sets Caching and Materialized Views; ADLS Gen2 now has interoperability with Blobs in private preview, and a new Data Explorer update translates into users being able to directly query from a data lake.

As far as Visual Studio is concerned, there are new IntelliCode features available in public preview, along with Visual Studio Online, a web-based companion currently in private preview. Remote Development extensions are now usable in VS Code, .NET 5 is coming in 2020, ML.Net is generally available, and ASP.Net now has support for Azure SignalR Service.

In addition to all those, Xamarin.Forms 4.0 is now in public preview, bringing CollectionView, a better control to replace ListView.

Edge on other platforms 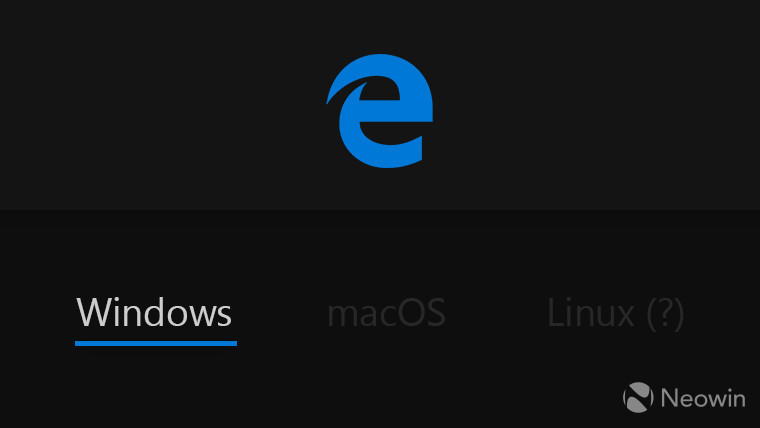 Of course, what you read about above wasn’t all that Microsoft announced at Build, with a bit of a spotlight also being thrown on Chromium-powered Edge (Edgium, if you will). Instead of lumping it all into the same subsection, I thought I’d give Edgium its own.

First and foremost, for those who were worried that Microsoft was going to ship three different browsers on Windows 10 for no apparent reason, you can breathe a sigh of relief. I say this because Edgium is getting an IE mode, meant to address compatibility issues for business customers. Furthermore, there will also be new privacy controls ranging from unrestricted to strict to combat third-party tracking. Joining those, a new Collections feature is coming, which would allow folks to organize, share, and export information easily. The latter in particular seems to be a combo of Sets, set tabs aside, and a couple other capabilities.

I mentioned setting tabs aside, but that’s a feature that’s not immediately planned for Edgium – along with tab previews, ink notes, and the favorites hub button. What is planned is a dark theme – that can already be enabled in the browser’s ://flags menu -, smooth scrolling, the ability to turn off the news feed on the new tab page, PDF features, reading list, spell check, the ability to show favorites icons only, and more. If you’ve installed Edge Dev on your machine, you can in fact already get the spell check feature mentioned if you’re on build 76.0.152.0 or higher.

If you’re a Mac user and are somehow intrigued by the presence of Edgium on Apple’s desktop OS, you’ll be happy to know that Microsoft actually showed the thing at Build. Though unofficially, you can get the 76.0.151.0 build for both the Dev and Canary channels on macOS. Unfortunately, IE mode won't be coming to that platform.

Also unofficial seems to be the presence of Edgium on Linux. Microsoft hasn’t outright confirmed its existence, though the famous penguin mascot did make an appearance during a presentation. Either way, it would make sense for Linux support to be present.

We discussed the macOS leak, so why not add another one to the lineup? This time, it’s the Edgium Beta, a branch that’s been – officially – missing in action. There’s really nothing you’re missing out on if you decide not to install this build, and it’s probably best to wait for an official download.

It would be a shame not to mention that beyond all the things announced above, a new Insider build was also pushed out. Specifically, this is 18894 which brings a brand new File Explorer search experience. Similar to how suggested apps work in the Microsoft Store, File Explorer’s search box will now suggest files that can be launched or accessed via a simple click. Narrator and Magnifier improvements are also present in this build.

As far as fixes and bugs are concerned, there are some patches for scrolling and Narrator navigation issues, though this build does break the Your Phone app. Luckily, the latter issue has been fixed by build 18895, which for some reason isn’t available for the HU-HU and PT-PT languages of Windows 10 Home N x64, CS-CZ, ES-ES, and KO-KR of Widows 10 Home x64, as well as the LV-LV, and ES-MX languages of Windows 10 Pro x64. 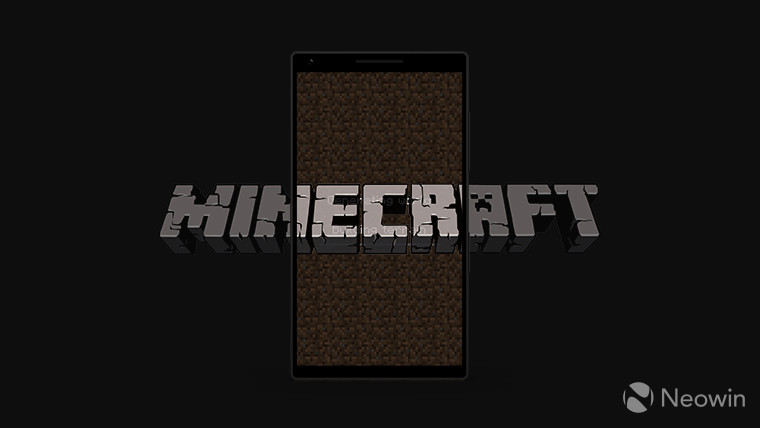 Although Microsoft decided to put gaming on pretty much the same level as Azure and its business offerings, there really wasn’t much info about it during the conference. This makes sense on one hand because this is a developer-focused event, but also because E3 2019 is less than a month away now.

Though a tad weird at first, especially because it was added at the end of Satya Nadella’s vision keynote on day one, was the presence of a small Minecraft-themed teaser. What this hinted at was an Augmented Reality experience similar to that of Pokémon GO. May 17 was the date at the end, so presumably we’ll know more when that date rolls around.

In the meantime, folks on Xbox can now rejoice as the Hitman HD Pack has been added to the Backward Compatibility list. This includes Hitman 2: Silent Assassin, as well as Hitman: Contracts in HD. Bumping up the number of games even higher is the addition of Costume Quest and From Dust, both of which made their way to Backwards Compatibility this week as well. 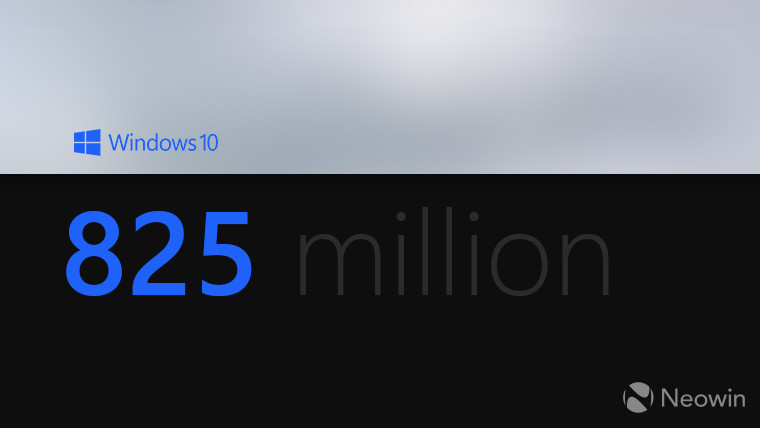 To round things off, we’re taking a look at the most recent number of active Windows 10 users.

Now, Microsoft hasn’t been quite as forthcoming with this particular figure, which the firm projected to be closer to one billion in about two years. That statement isn’t relevant anymore – as admitted by the company -, though the Redmond giant was happy to acknowledge the 800 million milestone back in March.

As it turns out, courtesy of Paul Thurrott of Thurrott.com, who obtained the relevant documentation, we now know that Microsoft’s latest OS is sitting at 825 million active devices. That’s a healthy increase, though the total is perhaps lower than the company would’ve wanted.

In the same documentation it was also revealed that SwiftKey has 159 million active users, that Edge on Android and iOS has been downloaded a total of 4.5 million times, and that Microsoft Launcher has over four million users.