Minecraft's Nether dimension has remained largely the same since its inception years ago, but in the latest major content update to the sandbox title, Mojang has overhauled the land of lava. Appropriately named the Nether Update, it introduces new biomes, new materials, mobs, and more to cut through the old monotone atmosphere and make journeys more exciting and adventurous.

Basalt Delta, Crimson Forest, Soulsand Valley, and Warped Forest are the newest biomes to hit the Nether side, coming with unique vegetation, mushrooms, fossils, inactive volcanoes, and of course, lava deposits. Some of the new interesting mobs players will meet in these biomes include Piglins, aggressive NPCs that are only calmed when offered gold; Hoglins, a new type of pig-like mob that drops pork chops; and Striders, a neutral mob that players can ride to travel across lava safely.

Moreover, diamond tools and armor can now be upgraded even further to be more durable, lava-resistant, and overall better in every aspect by using Netherite, a very rare material that only spawns in the Nether. 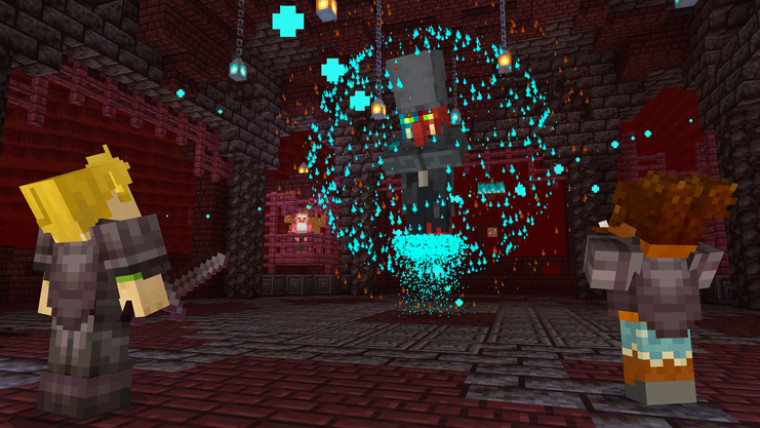 Other additions include handy Respawn Anchors to set respawn points in the Nether, a new Redstone block that depends on the player's bow aiming skills, randomly spawning ruined Nether portals and other structures, new music, and much more. There are two changelogs attached to the update, one for Bedrock and the other for the Java Edition of Minecraft, and both are massive.

The Minecraft 1.16 Nether Update is now available for Bedrock Edition players on Xbox One, Windows 10, PlayStation 4, Nintendo Switch, Android, iOS, and other supported platforms, as well as for Windows, Linux, and macOS players running the Java Edition.