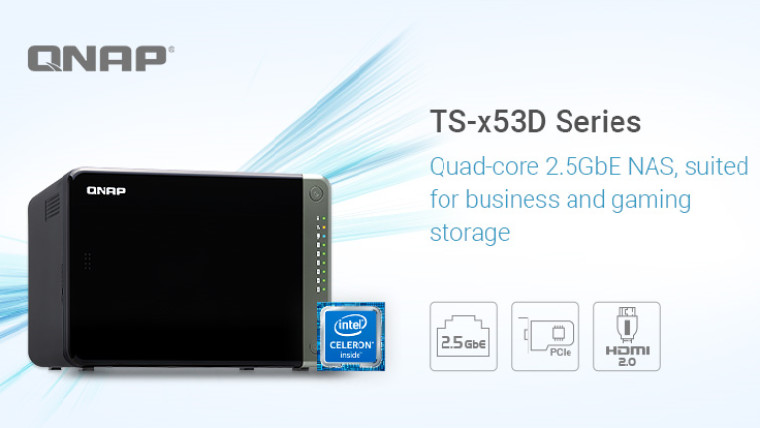 Leading NAS manufacturer, QNAP has announced a new network-attached storage (NAS) lineup dubbed the 'TS-x53D 2.5GbE NAS series'. With this product stack, the company is targetting general NAS lovers, like media server enthusiasts, as well as gamers who have massive game libraries, etc. The devices will be powered by Intel's 10W Celeron J4125 processor based on Goldmont Plus core architecture. They have been named such that the 'x' in the model name indicates the number of drive bays it has. Hence, the top of the line "TS-653D-8G" model features up to six bays and 8GB dual-channel memory. It comes with a price tag of $799 on Amazon.com and the lesser options are expectedly cheaper. The other options are:

Other key features are:

With all the data, security is often paramount for a NAS and QNAP's Snapshots tech protects against ransomware. For data recovery and restoration, the devices feature HBS 3 and QuDedup technologies.

The NASs come with a three-year standard warranty which can be extended up to five by paying a fee.