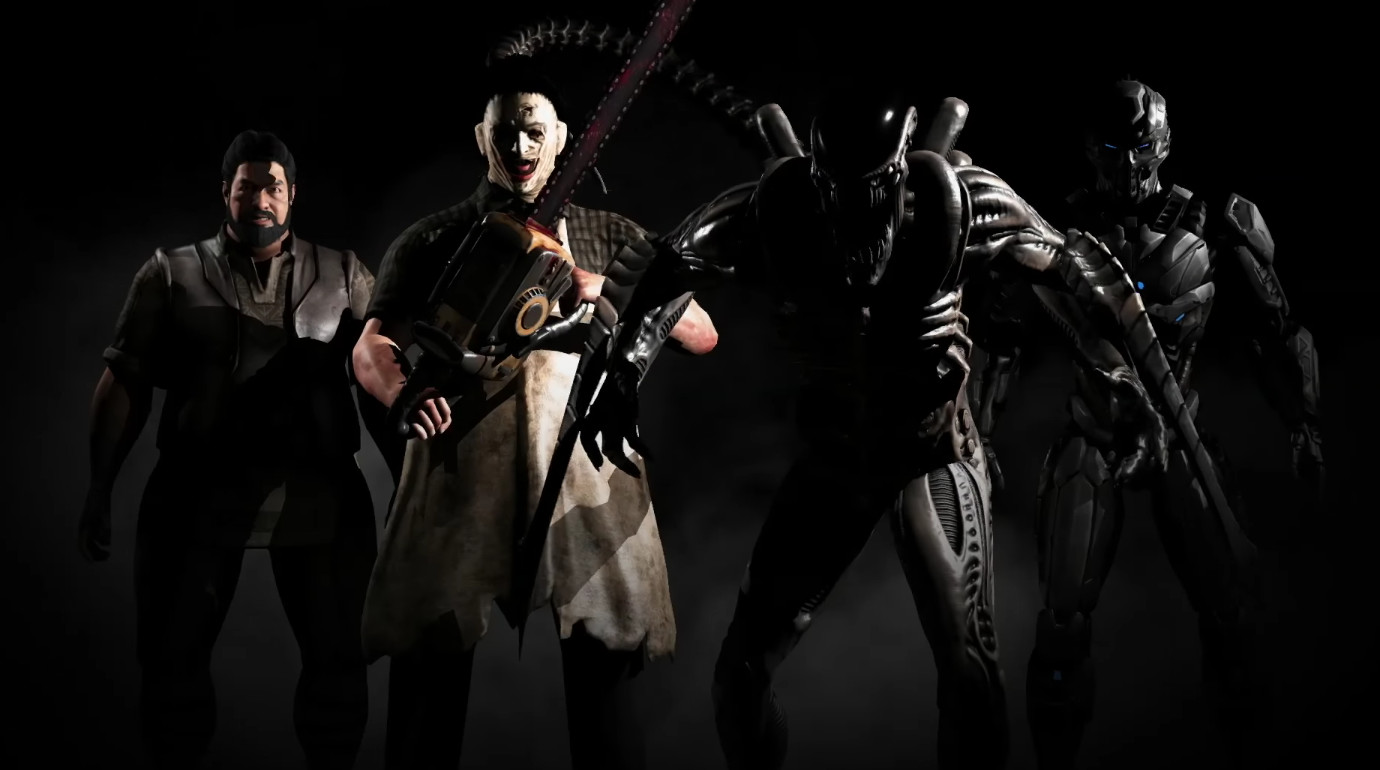 It's hard to believe that its been nearly two years since Mortal Kombat X made its debut at E3. A year later, the title made its way to Microsoft Windows PCs, the PlayStation 4, Xbox One, iOS and Android devices. While news has slowly been teased about Mortal Kombat's upcoming DLC, today, we finally have new trailer for the upcoming 'Kombat Pack 2' DLC slated for release in 2016.

Although the characters for the upcoming DLC have been known since last year, those unfamiliar with the franchise should still be able to recognize some of the characters in the image above. Going from left to right: Bo' Rai Cho will be making a comeback from Mortal Kombat: Deadly Alliance, Tri-Borg (a new original character), Leatherface from the 'Texas Chainsaw Massacre' films and a Xenomorph from the Alien movie franchise.

Judging from the trailer above, the characters should make for some entertaining matchups. While a date has not been announced, the 'Kombat Pack 2' DLC will be available sometime in 2016 for Windows PCs, PlayStation 4 and the Xbox One.