Mozilla has announced Firefox Preview, its next-generation mobile web browser for Android. The new preview browser is available now but isn’t considered stable just yet - that won’t be until fall time. The new Firefox for Android will mark one of the biggest updates the browser has seen, and it promises to be a lot faster than previous versions.

With Firefox Preview, Mozilla has begun shipping the GeckoView engine which puts Firefox’s performance on par with Blink-based browsers such as Brave and Chrome, all while Mozilla keeps its independence from Google’s Blink engine. According to Mozilla’s tests, Firefox Preview is up to 2x faster than previous versions of Firefox for Android and testing it out personally revealed it to be as quick and snappy as Chrome. 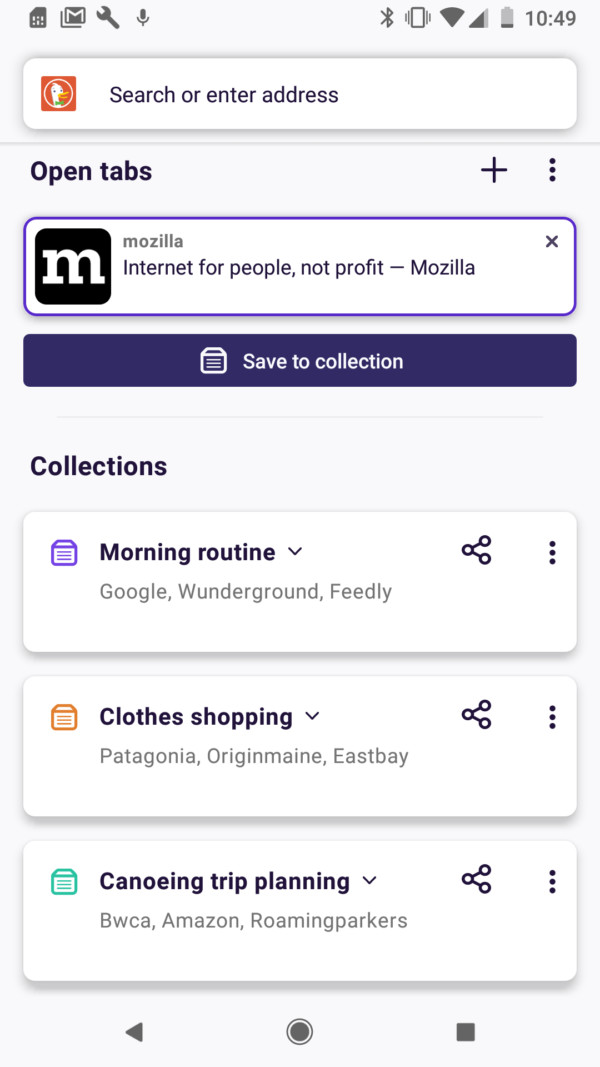 Aside from speed improvements, Firefox Preview comes with an all-new minimalist start screen and a bottom navigation bar. On big screens, this bottom bar is incredibly useful as users no longer need to do finger gymnastics just to navigate to another website. Easy to access Share and Bookmark buttons pop out from the URL bar too, making it easier to perform those functions.

From its experience with Firefox Focus, Mozilla says it has found that people want privacy out of the box; as a result, tracking protection is enabled by default in Firefox Preview meaning invasive ad trackers are blocked, making browsing that bit faster.

The last feature worth mentioning is Collections. These are accessible from the Firefox Preview home screen and allow you to store, organise, and share collections of websites. This makes it easier to return to sites later on mobile.

For the rest of the year, Mozilla will be solely dedicated to this new Android browser, stating that it wants to have a strong foundation on mobile. If you use Firefox Focus, work has been put on hold but you can still use the browser. It’s not clear what the longer term picture looks like for Firefox Focus but for the time being, it’s sticking around.