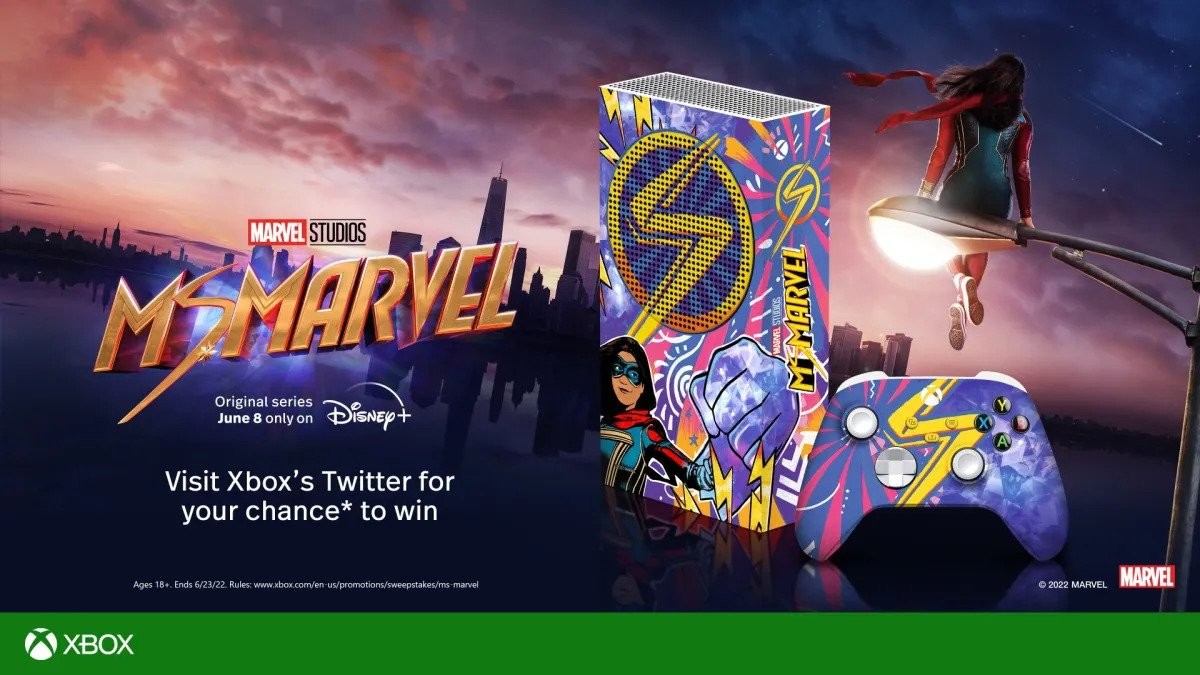 Xbox is offering fans a chance to win the custom Marvel Studios' "Ms. Marvel" Xbox Series S console and wireless controller through a giveaway celebrating the release of the series, streaming June 8 on Disney+. If you want to participate in the lucky draw, you need to follow Xbox on Twitter, retweet the official Xbox Sweepstakes post, and add the hashtag #Ms.MarvelXboxSweepstakes.

Cosmic! If you woke up wishing for a chance to win a Ms. Marvel-themed Xbox Series S and matching controller, today’s going to be a great day for you.

Follow and RT with #MsMarvelXboxSweepstakes for a chance to win!

The limited-edition console features Kamala Khan (Iman Vellani) as Ms. Marvel while the custom Xbox Wireless Controller is adorned with the "Ms. Marvel" logo, along with other detailing and color schemes representing the teenage superhero.

To enter the giveaway, you must be 18+ and a resident of a supported country or region. Consent of a parent or legal guardian is also required to enter the sweepstake if the participant is not of the age of majority in their legal place of residence. Don't forget to set your Twitter account to "public" otherwise, your entry will not be considered.

The grand prize package that the selected winner will receive includes:

Once the entry period has concluded, the winner will be contacted via DM on Twitter within 14 days. The giveaway will end on June 23, at 8 p.m. PT. For more information, head over to the Sweepstakes rules and regulations page.