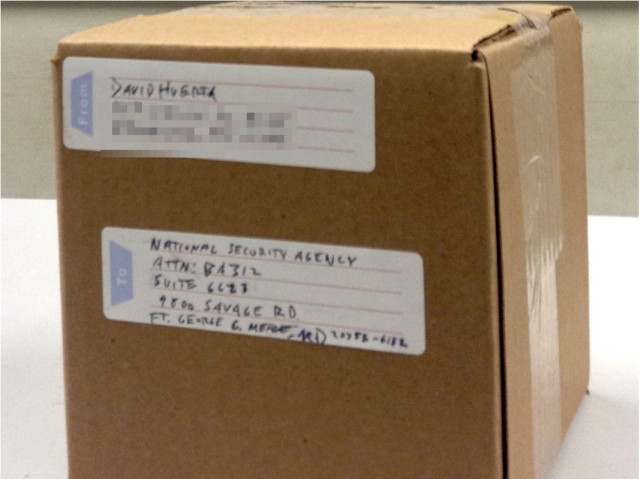 The emergence of the Snowden leaks of 2013 revealed the extent of the National Security Agency’s (NSA) surveillance program. The leaks revealed privacy invasion on a mass scale, through mass email raids and several phone hacking scandals. While many internet users have since become more cautious, it has emerged that one user has challenged the NSA to decrypt something that is allegedly “uncrackable”- his mixtape.

In late May, hacker Artist David Huerta sent a mystery package to the NSA headquarters. The box contained an encrypted mixtape that can’t be accessed due to the private key-based cryptography. Through the use of an Arduino board and a wave shield sandwiched in between two laser-etched pieces of transparent acrylic, Huerta says he was able to produce an “uncrackable” mixtape.

The New York based engineer says the poor audio quality was meant to replicate a typical wiretapped phone conversation.

“The use of a giant-ass Arduino and wave shield was chosen since the (shitty) 44KHz wave file format gave it roughly the same audio quality I figured a wiretapped AT&T phone conversation would have."

Huerta also put a lot of thought into the transparent design of the cassette. The software engineer says it symboilises the “hidden exploitation of proprietary smartphones" by computery mercenaries such as the HackingTeam. Huerta added the device would not be a black box, “figuratively or literally”. 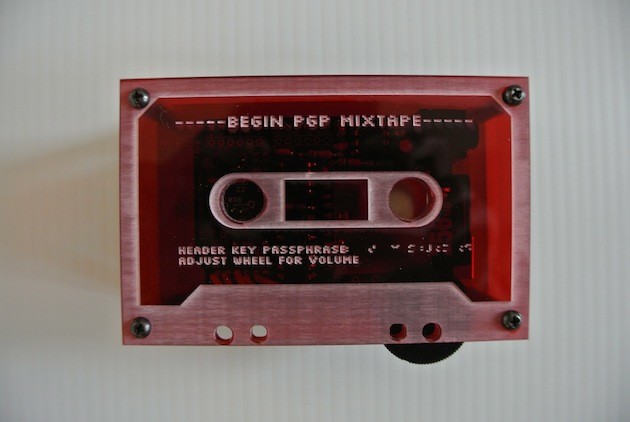 The design of the cassette is ironically transparent, unlike the NSA's motives.

While the NSA has the power to penetrate a number of systems, Huerta ensures the organisation does not have the technology, or private key, to crack the mixtape.

Perhaps, this small but powerful invention can inspire a generation of products that can ward off the prying eyes of the NSA.