All sorts of terrible things are going in the world around us, but somewhere near the top of the list of first-world problems - pretty close to the utter horror of a Starbucks barista getting your coffee order wrong - is surely the scourge of poor customer service from wireless and cable companies.

With very few exceptions, telcos are almost universally rubbish when it comes to customer service. It's bad enough that you have to deal with their restrictive terms and policies, or that your service keeps going down, or that you're paying a small fortune for the whole experience every month - but it simply adds insult to injury when on top of all of that, you get service from someone representing the company who obviously thinks that they're doing you a favor.

Not all companies are quite this bad, of course, and let's not be too harsh - there are a great many service reps out there that do a fantastic job for their companies, bending over backwards to do whatever it takes to make the customer happy. But these are the rare gems, the exceptions to the rule, and far from the norm of dreadful customer service that so many of us have to deal with from our carriers, and broadband and TV providers. 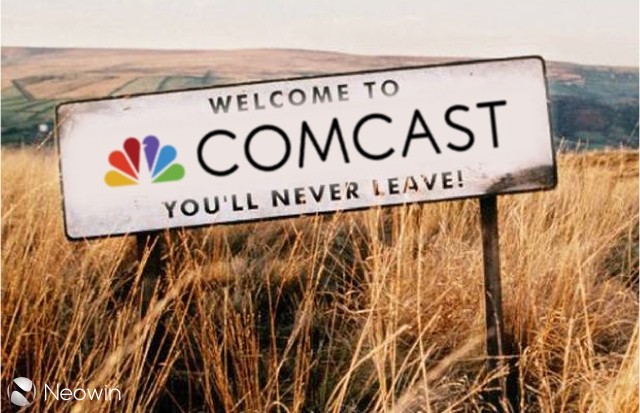 In the United States, communications giant Comcast has earned itself a reputation for appalling customer service, even earning it the title of 'Worst Company in America'. Comcast CEO Brian Roberts attempted to confront this reality head-on just a few weeks ago, when he said that the company was trying to do better, adding: "We don't wake up every day and go to work and say 'we want to be hated'."

Not everyone at Comcast feels the same way, apparently, as a recording of a conversation between a customer and a Comcast service center demonstrates. The call was recorded by AOL's Ryan Block, who was attempting to get his service disconnected so that he and his wife, Veronica Belmont, could switch providers, and get their service from Astound instead.

At the point at which the recording begins, the call has already been going for ten minutes. It was Belmont that had called Comcast in the first place to request the disconnection, but after ten minutes of getting nowhere with the repeated aggressive questions of the service agent, Block said that she had become "so visibly upset she handed me the phone".

Listen to the call, and it's not hard to understand why. At times, the agent clearly isn't listening to what his customer is saying and requesting, and is singularly focused on demanding a response to the question of why Block and his wife would even be thinking of leaving Comcast, despite both of them offering explanations in the minutes before Block decided to begin recording the call.

The agent's persistent demands that they explain themselves are, of course, not genuine concern that the customer should get the best possible service, but rather a bullying tactic designed to steer the customer back towards renewing their subscription with Comcast.

Even after agreeing to disconnect them, the agent persists in repeating his enquiries before finally giving in and quickly wrapping up the call, apparently believing that he has provided the kind of service that a paying customer expects to receive.

Sadly, these days, it seems that this is, in fact, exactly the kind of service that Comcast's customers expect to receive. But while this kind of thing is obviously bad for the customer, it's great for Comcast, as it seems they're well on their way to winning the coveted 'Worst Company in America' award again.

Source: @ryan | image edited from an original via Evening Standard