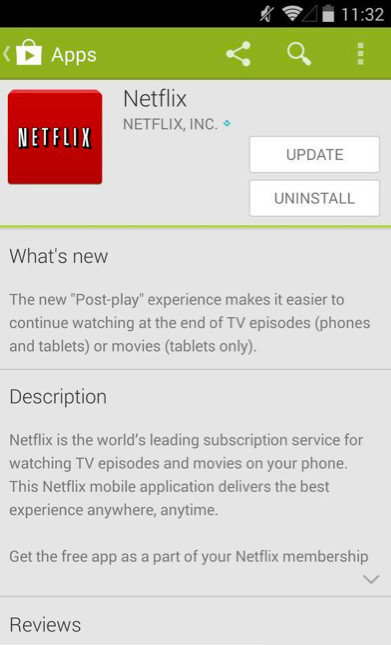 Netflix has updated its Android app with Post-Play, a feature that gives smartphone and tablet users the ability to continue watching TV series or movies without interruptions. Netflix introduced Post-Play nearly two years ago on its website and has expanded the feature to the PlayStation 3 and various other streaming devices.

When an episode of a show you are currently watching ends, it queues up the next one automatically and begins playing it after 15 seconds. The feature also works with movies, giving users three movie recommendations. The feature aims to bring convenience to those that like to watch TV series or movies in long stretches.

The new update will give users on the go, the ability to binge-watch their favorite shows. Android smartphones users will only see the Post-Play feature for TV shows, while tablet users will get the addition of movies. Netflix is also working on bringing Post-Play to Chromecast within the next couple of months.

The update is available now on all Android phones and tablets that are running Android 4.0 or newer; the update can be downloaded from the Google Play Store.