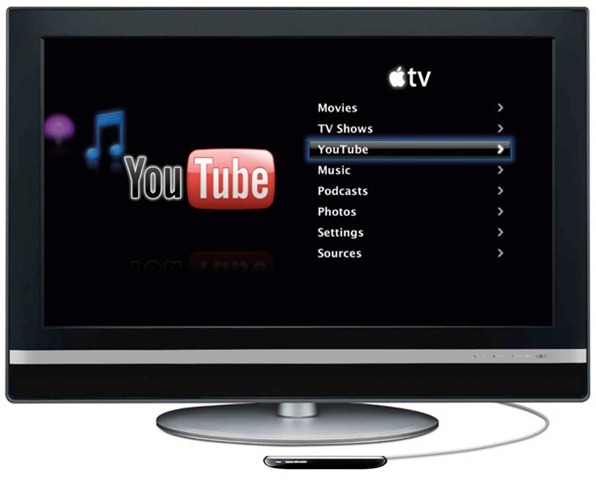 The next version of Apple TV has been revealed by Engadget, stating a source very close to Apple has confirmed the next version will support Cloud storage, with the iPhone OS interface and best of all, it will retail for $99.

Apple has been working on the next version of Apple TV long before Google TV was announced, and will move towards cloud storage, unlike the iPhone, which uses local flash storage.  Additionally, the device will support external storage devices, utilizing a Time Capsule to keep your data locally. The devices main focus will be on streaming content and will retail for $99 US.

There wasn't any mention if the next Apple TV will feature an AppStore or apps for that matter, but it will have an iPhone OS 4.0 operating system.

However, Apple will not be delivering the juicy news at WWDC on June 7, but will focus on the features of the next iPhone and the iPhone OS 4.0.