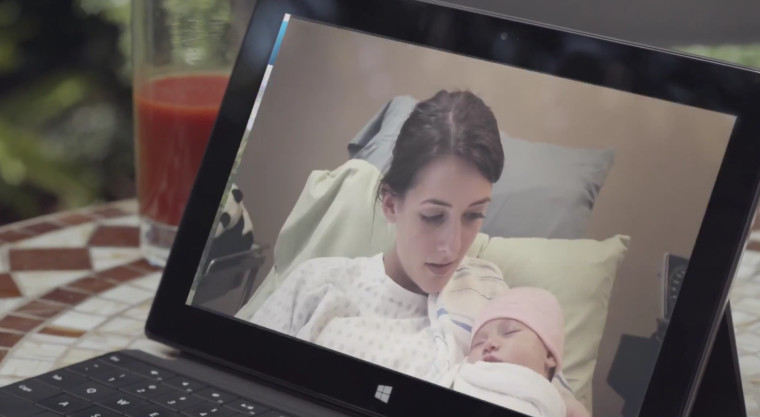 Bing, Microsoft's search engine platform, has been making headlines quite a bit recently, first for selling its map collecting technology to Uber, and most recently for partnering up with AOL regarding their advertisement efforts. Microsoft has now released a video (a quite touching one at that) highlighting several Bing features, as well as some other services and products like the Surface and Skype.

The video, originally made by the Bing Team to celebrate the services' recent birthday, begins with a woman who discovers she is pregnant following her husband's 12 month deployment overseas. She reaches out to her father over Skype to share the exciting news. The daughter admits that she never thought she'd be doing this alone, and is met with comfort from her father ensuring that he will be there every step of the way. 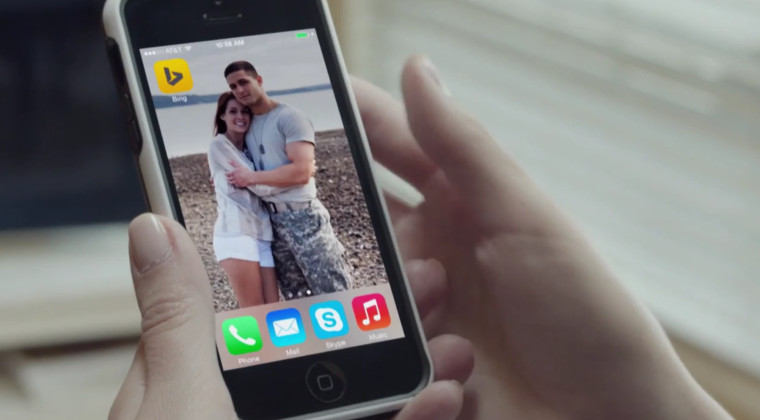 The father wastes no time immediately opening Bing to purchase a train ticket to travel to his daughter's house. On the train ride he uses his Lumia 1020 and Cortana to search for images of different crib designs. The video continues to follow them through their journey with the assistance of different Microsoft hardware and software products along for the whole ride.

The father later uses his Surface to visualize the crib and find how-to videos to build it. When the time comes for her first ultrasound appointment, they use the HERE Drive app to find their way. The video also features an iPhone and iPad using several Microsoft apps, which really highlights the wide span of Microsoft's software offerings.

After the father returns home, the daughter reaches out to him over Skype to announce that she has found the perfect name for her newborn child. In an emotional reveal, the daughter introduces her dad to Jennavieve, sharing the same name as her mother who had recently passed away.

Overall, the video is very heartwarming and really demonstrates how Microsoft services can help overcome some of the tough situations that life may throw at us. We definitely have to admit this video had us reaching for our tissue boxes. You can find the video embedded above.