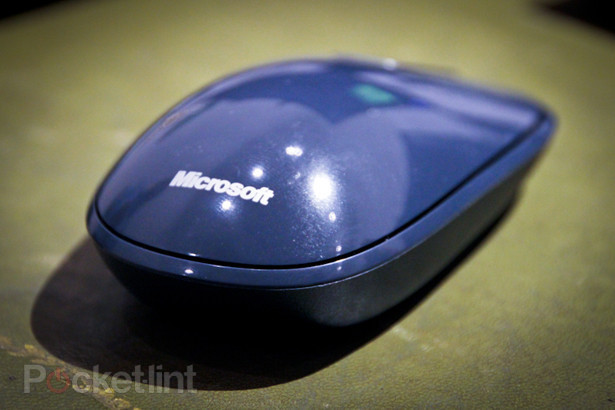 Microsoft is apparently still in the PC mouse hardware business and earlier this month it was revealed that the company is planning to release a new product in that division. Pocket-lint.com reports that during a Microsoft press event in London the company showed off the Microsoft Explorer Touch Mouse. It's an upcoming wireless PC mouse that's currently due for release by the end of the month.

According to the story the The Explorer Touch Mouse has five buttons and also has a scroll pad that uses haptic touch technology. That means that the mouse's users will feel a slight vibration when using the pad to scroll through documents on a desktop. The new mouse also reportedly uses Microsoft's BlueTrack sensor technology that will allow the mouse to work on nearly any surface. Pricing for the mouse in the UK will be 69.99 pounds.

Microsoft's PC mouse division has been around for a long time and its current selection has a number of different products to choose from. All of these mice, including the newly revealed Explorer Touch Mouse, are made for general PC use as well as for businesses. However Microsoft has also sold a number of gaming themed PC mice under its Sidewinder brand. Earlier this year there were rumors that Microsoft was going to discontinue the Sidewinder gaming PC mouse brand due to bigger competition from other PC mouse companies like Razer. Logitech and others. However a Microsoft spokesperson later said that the Sidewinder line was not discontinued.