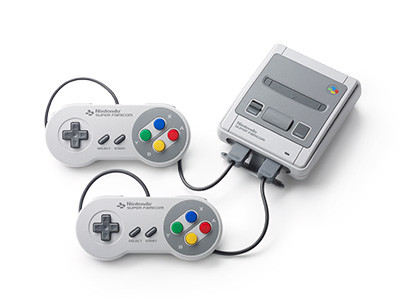 Earlier today, Nintendo announced the Super NES Classic Edition, the successor to last year's NES Classic, and it will be available this September preloaded with 21 games. And just like last year's model, there will be a Famicom version as well, which is to be called the Nintendo Classic Mini: Super Famicom.

Short for 'family computer', Famicom was the NES of Japan, so naturally, the Classic Mini version of the Super Famicon will be launched in the same region. As was the case with the Famicom Classic, the list of games is slightly different, although there are still 21:

One game that it does have in common with the Super NES Classic Edition is Star Fox 2, which is bound to be one of the selling points of the console, being that the game was never actually released.

The Nintendo Classic Mini: Super Famicom will come with two controllers in the box, as well as a USB cable for power and an HDMI cable. Unlike its North American and European counterparts, the AC adapter is sold separately.