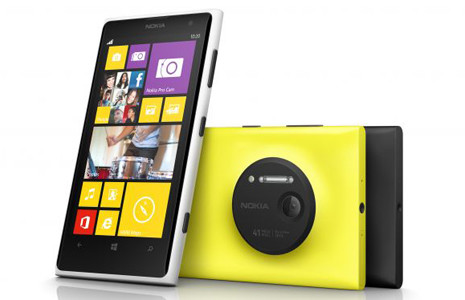 Today's official launch of the Nokia Lumia 1020 is one of the biggest product launches yet for both Nokia and Microsoft since the two companies forged their Windows Phone partnership more than two years ago. Now an interview with Nokia Vice President Bryan Biniak seems to hint that the Finland smartphone maker wants the Windows Phone team in Redmond to speed up development of the operating system.

The chat, on the International Business Times web site, states that, according to Biniak, smartphone owners have apps they use everyday and if those apps are not available on a certain smartphone, they are not going to change, even if the hardware inside is better. He is quoted as saying, "You can't sell a phone without the apps, you just can't."

Biniak seemed to put some of the blame on this situation on Microsoft's side of the fence and that Nokia is trying to get the Windows Phone team to work faster, saying:

We are releasing new devices frequently and for every new device, if there is an app that somebody cares about that's not there that's a missed opportunity of a sale. We are trying to evolve the cultural thinking [at Microsoft] to say 'time is of the essence.' Waiting until the end of your fiscal year when you need to close your targets, doesn't do us any good when I have phones to sell today.

Biniak's quotes would seem to echo a bit of what some other Windows Phone users are stating in recent message board posts on Microsoft's support forums, complaining that there's been a lack of new features added to Windows Phone 8 since it launched in November 2012. The forum messages got the attention of Windows Phone leader Joe Belfiore, who assured those forum readers that Microsoft is listening to their comments and that more updates for the OS are coming both in 2013 and in 2014.

The good news? Biniak seems to believe that the lack of important apps for Windows Phone will be a thing of the past, saying, "I don't think there will be any [app developers] we don't have commercial agreements with, and so maybe it's not published by the end of the year but it will be published before the end of [March]."