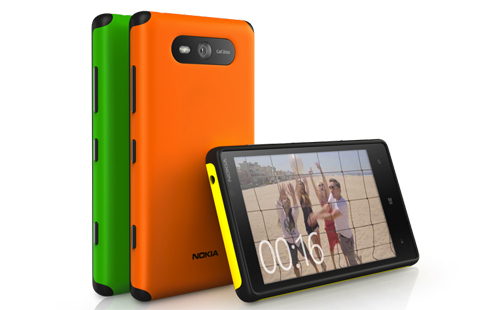 Nokia's upcoming launch of the Lumia 820 smartphone will allow its users to change its cover shells. Some will be just for mere effect while others will add features such as wireless charging capabilities.

In a new post on the Nokia blog, the company goes over some more details on the different types of shells planned for the Lumia 820. It also reveals the material that's being used for the covers. It states:

Made from PC/ABS – a material that was developed to make the shells easy to clip on and off and remain strong at the same time – they allow for easy removal whenever needed. And the colours aren’t just painted on; they are inherent in the material. This means that if you were to scratch the shell you won’t be left with a noticeable mark, you’ll actually hardly notice it’s there. It keeps its colour for longer.

PC/ABS stands for Polycarbonate/Acrylonitrile Butadiene Styrene, by the way, which mixes two different types of plastic in order to form a new material. It's also used in both the exterior and interior of some cars.

The blog also goes over the optional ruggedised shell for the Lumia 820 for better smartphone protection. It states:

This softer shell is also made from PC/ABS but has another rubber-like material around the front and the edges. It covers the back, as you’d expect but also stretches around the front slightly to protect the edges of the screen and the corners – the most at risk area if you drop your phone. These will be available in matte yellow, green and orange with a black TPU trim.