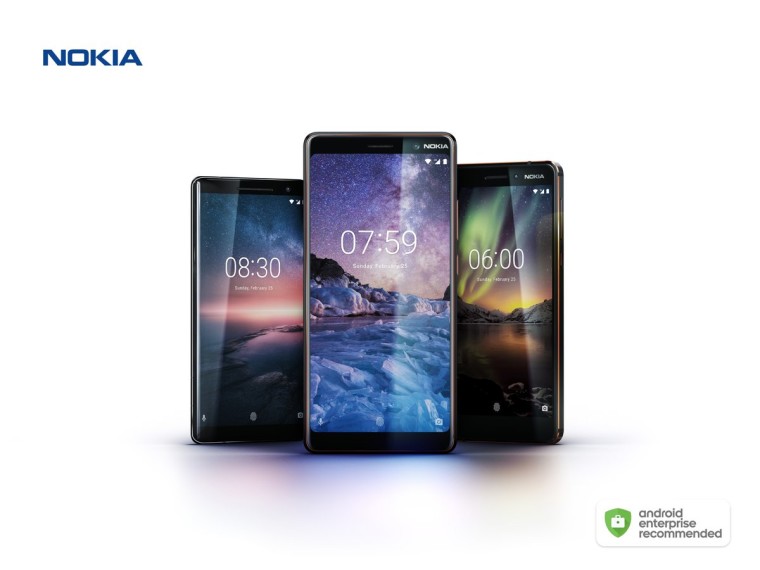 Last week at Mobile World Congress, HMD announced that all Nokia phones going forward would be part of the Android One program, now the firm is adding its new phones to another of Google's programs for Android - the Android Enterprise Recommended program.

We are excited to announce that in addition to #Nokia8, we have three new smartphones, #Nokia8Sirocco, #Nokia7plus and the new #Nokia6 to be included in the #AndroidEnterprise Recommended program. https://t.co/4eISZyKmsx pic.twitter.com/oCBCcUbcMR

Google's Android Enterprise Recommended program was announced last month to prepare a set of standards for smartphones that could be recommended to enterprise and business users.

To recap the main points of the program:

HMD Global's Nokia phones have found modest commercial and critical success over the past few months, pushing out serviceable to good Android smartphones built on stock Android. With the Android Enterprise Recommended program, Nokia might very well be on its way to becoming a business favorite once again.