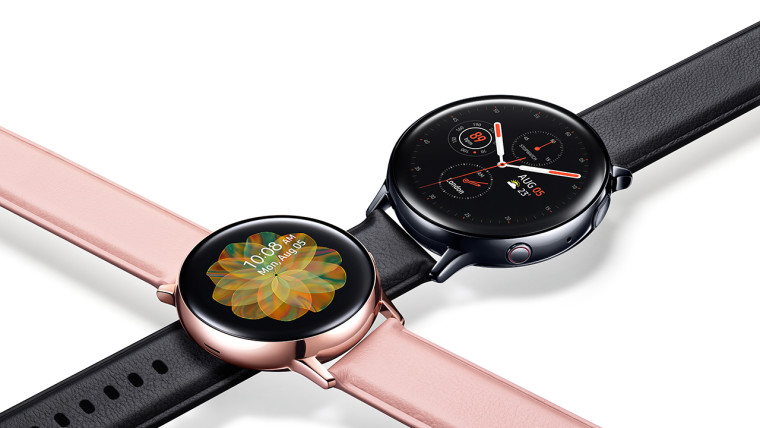 According to a new quarterly report from market analyst firm Canalys, the North American smartwatch market grew at a rapid pace in Q2 2019, with shipments up 38% year over year at 7.7 million units. While China is the number one market in terms of unit sales, the North American market continues to be the most valuable, hitting $2 billion in value for the quarter.

The biggest winners were Apple and Samsung, with the Apple Watch growing 32% annually and shipping 2.9 million units, while the Galaxy Watch series posted an impressive 121% increase in shipments at 800,000 units. The report suggests that Samsung’s fitness-focused Active series is resonating with consumers because it packs plenty of features and hits the right price point, with the devices priced between $200 and $300. 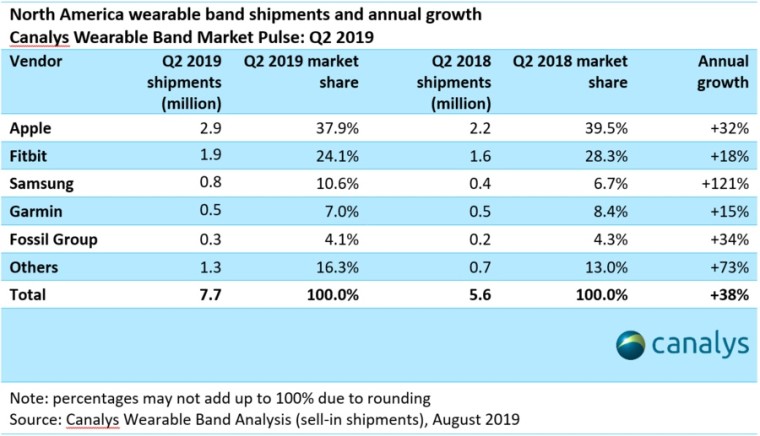 Fitbit meanwhile remained in second place, showing a more modest 18% annual growth with 1.9 million units shipped. However, the company’s market share fell to 24.1% compared to last year’s 28.3%, but that is still over two times Samsung’s share in third place. Canalys suggests that the new Versa Lite was a misstep for Fitbit, with the device lacking in features and functionality.