NVIDIA CEO Jen-Hsun Huang has announced the company's newest flagship graphics card, the GeForce GTX 690, in his keynote address at the NVIDIA Game Festival in China. The GTX 690 is powered by dual Kepler-based GPUs, which will surely make it the fastest card on the market when it's released on May 3. The announcement follows NVIDIA's "it's coming" teaser campaign that the company's been promoting in recent weeks. 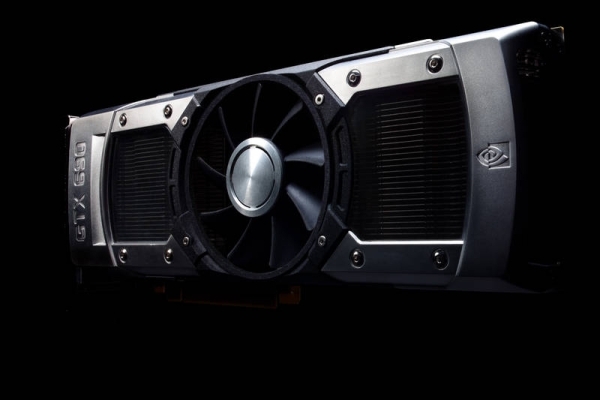 NVIDIA provided further information about the card in a press release, in which it also provided images of the card. According to an article on NVIDIA's website, the GTX 690 is powered by 3,072 CUDA cores running at a base clock rate of 915 MHz and a boosted clock rate of 1019 MHz. The card will have a total of 4GB of 512-bit GDDR5 RAM.

The NVIDIA GeForce GTX 690 will be released in limited quantities on May 3 from NVIDIA, with a wider release set for May 7 that will include NVIDIA partners ASUS, EVGA, Gainward, Galaxy, Gigabyte, Inno3D, MSI, Palit and Zotac. The card will have an expected price tag of $999.