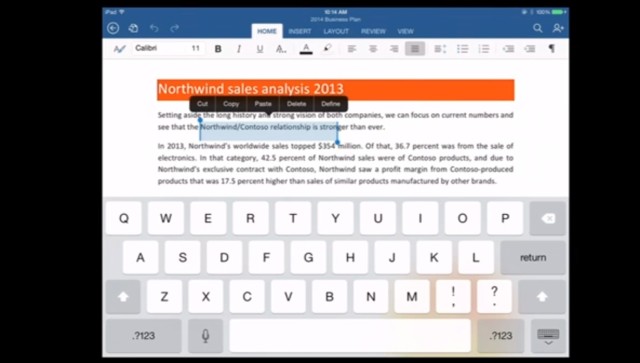 Microsoft’s Office platform has been a cornerstone product for the company as it is the premier productivity suite on the market.  But with Microsoft who was slow to the tablet market and now playing catch-up to the iPad, the company held off on releasing its productivity software for the tablet with the hopes of using it to help sell its own tablet, the Surface.

Office on the iPad rumors have been around for more than 2 years with the first alleged screenshot being released back in February of 2012.  Since then, the release has been rumored time and time again but finally, Microsoft has come forward and announced Office for the iPad.

While there are other ways of working with Office documents on the iPad, they were all via third-party solutions and none of them were able to offer a native experience like a true Office for iPad solution will provide. The question that we will have to watch closely is to see if Office on the iPad accelerates the tablet's movement into the corporate world or if corporations will still hold back on introducing a non-laptop style device to their workforce even though it now supports Office. 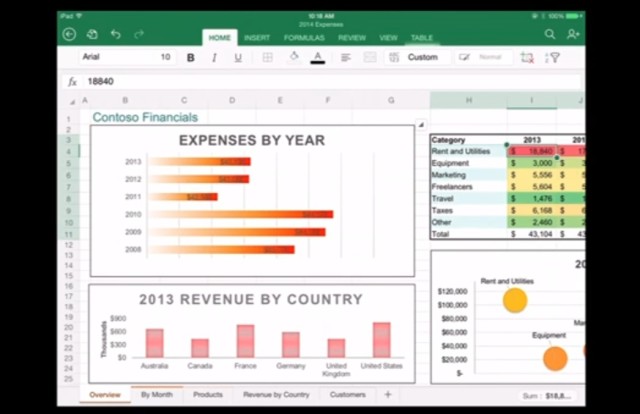 This is likely the biggest reason why Microsoft waited so long to introduce the platform. On one hand, they want to make sure Office remains the cornerstone of productivity in the corporate environment but on the other hand, they don’t want corporations to move away from Microsoft platforms (iOS).  It’s this battle that kept Office from being released but in the end, Microsoft has chosen to make sure that Office does not lose it’s stronghold as the productivity suite for the corporate world.

Office is the real deal, it allows collaborative work like you have known to love with documents in the cloud and it works with markup and threaded comments. The app is also native, this is not a port of a previous version of Office.

The Office applications can be downloaded with the links below: