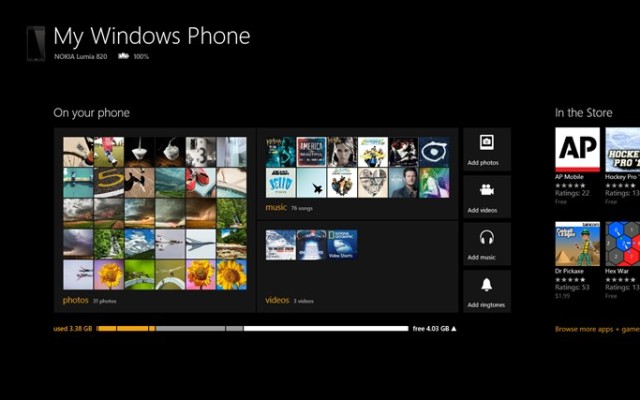 The app recently received an update in the Windows Store that adds a few new features that should prove helpful for Windows Phone 8 owners. The new version will let users who connect a Windows Phone 8 smartphone to a PC a way to transfer new playlists and ringtones from that Windows 8 or RT PC to the smartphone. Additionally, the newly updated app will also allow users to view any videos that have been recorded on a Windows Phone 8 product directly on the app.

As we have reported a few days ago, Microsoft is hiring people to work on a project that's designed to have Windows Phone apps work with Windows 8 and vice-versa with no porting needed. If that happens we can expect to see an explosion of new apps for both operating systems.